In the December issue of Vogue, Angelina Jolie spills details about raising her children -- and how she and Brad Pitt balance their careers, family and relationship. Oh, and making breakfast. 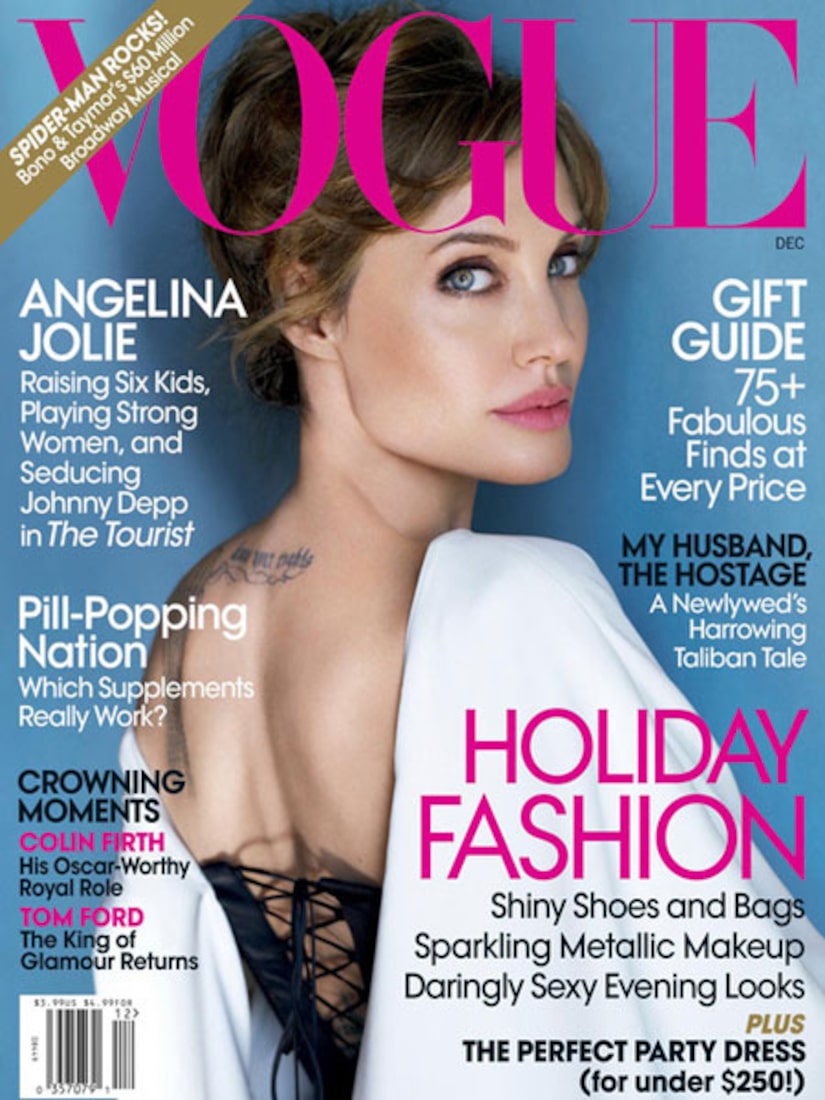 Despite their hectic schedules, the actress says that either she or Brad is with their children at all times. "We take turns working. One of us is always at home with the kids -- always! Taking them out to things and being there with them and bringing them to school or to the set to visit Mommy or Daddy."

The "Tourist" star said that she finds her partner sexiest when he's with their six children. "When I think about him, I just think of the man who's such a great friend and such an extraordinary father," Jolie said. "And that's when I fall, you know, when I have my moments of getting caught up in how much I love him... It's usually when I see him with the children."

Gallery: Brad, Angelina and Their Kids

Currently filming in Budapest with her directorial debut, Angelina told the magazine that she's not the best cook, but 6-year-old son Pax is a budding chef. "Pax is a better cook than me. Pax likes to cook. But I try to when I can. Any house that we're in, we all chip in. But the kids are very sweet... so enthusiastic anytime I cook," said Jolie. "Especially Maddox, he's just this little man that's very supportive of me. It's like he's raised me a bit. So I cooked them all breakfast before school this morning, and he has that kind of 'Thanks, Mom! Good job!'"

Gushing about her other children, Jolie told a story about Shiloh who recently discovered a dead bird.

For more of Angelina's interview, pick up the December issue of Vogue -- on newsstands now.