The 2010 MTV Europe Music Awards had all the red carpet action, including Katy Perry and Russell Brand, making their first public appearance as a married couple. 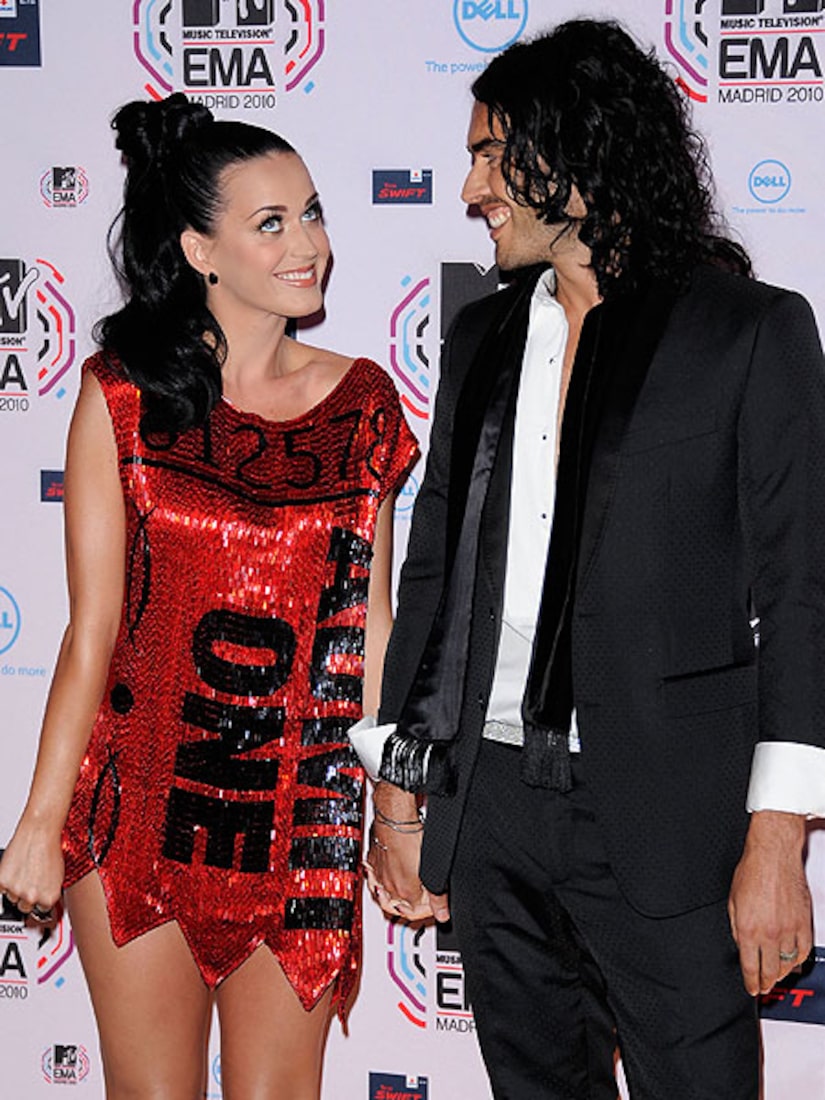 "I mean, it just feels lovely," Perry beamed to MTV about being married, looking stunning in her Jeremy Scott red mini. She even said she forgave her BFF Rihanna for missing the nuptials, "I bent her over and smacked her on the ass... and then I forgave her and then I said 'I love you, bitch!'"

RiRi, who performed with Bon Jovi, looked gorgeous in a floor-length white Eli Saab, playing coy when asked if she was dating. "Yes... but you don't know him," she winked. She has been rumored to be dating L.A. Dodgers player Matt Kemp.

MTV's "Jersey Shore" kids were there, too. Nicole "Snooki" Polizzi and Paul "Pauly D" DelVecchio got the royal treatment from their Spanish fans. "We never knew people would know us here. We're walking around, people are screaming our names. It's crazy!" said Snooki, adding, "I know how to say Ola!"

Pauly D commented on the local scenery. "I'm not mad at the Spanish women at all, hot, I'm telling you."

For a complete list of winners and show highlights, go to EMA.MTV.com.