Superstar Cher is dishing on everything in the December issue of Vanity Fair -- from how she's dealing with her son Chaz Bono's gender change, to ex-husband Sonny and her family's past with drugs. 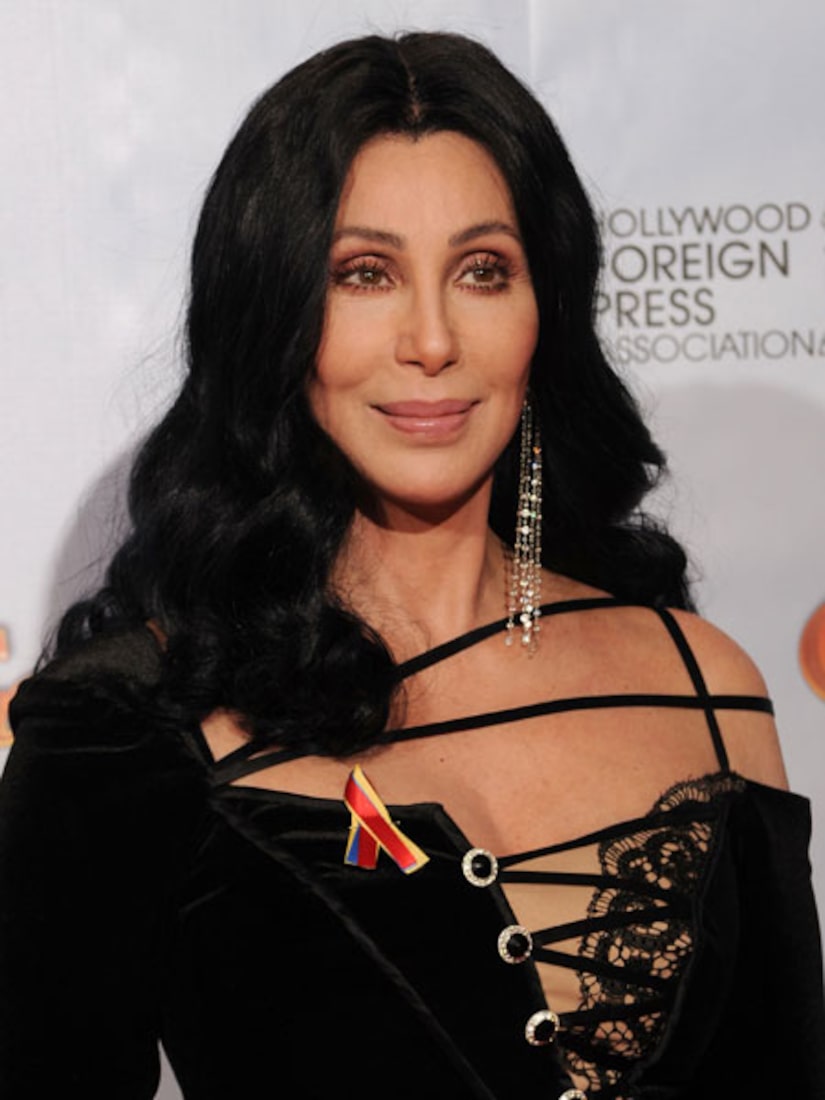 Chaz, 41, born Chastity Bono, underwent a sex change operation last year -- and Cher admits that she still has a difficult time remembering her former little girl is now male. "She's a very smart girl -- boy!" the singer corrected. "This is where I get into trouble. ... I still don't remember to call her 'him.'"

"If I woke up tomorrow in a guy's body, I would just kick and scream and cry and rob a bank, because I cannot see myself as anything but who I am -- a girl," says Cher. "I would not take it as well as Chaz has. I couldn't imagine it."

Cher has another son, Elijah, 34, with ex-husband Gregg Allman, and admits to having her problems with both children in the past. "I think Chaz is pretty much finished with it, and I think Elijah has a little longer to go, but they both really love me a lot. But it's hard," the "Burlesque" star said.

The Oscar winner confesses that her family has dealt with drug problems in the past. "It's weird, because both of my children had the same drug problems as their fathers -- same drug of choice. My father was a heroin addict, and my sister's father was an alcoholic. But it jumped us... I didn't not do drugs because of moral issues. I tried a couple of drugs, but I never felt good out of control."