Speaking in his first TV interview since leaving the Oval Office, former President George W. Bush talked with "Today" show co-host Matt Lauer about his new book, "Decision Points," and said that a televised insult leveled by Kanye West in 2005 was one of the lowest moments of his presidency. 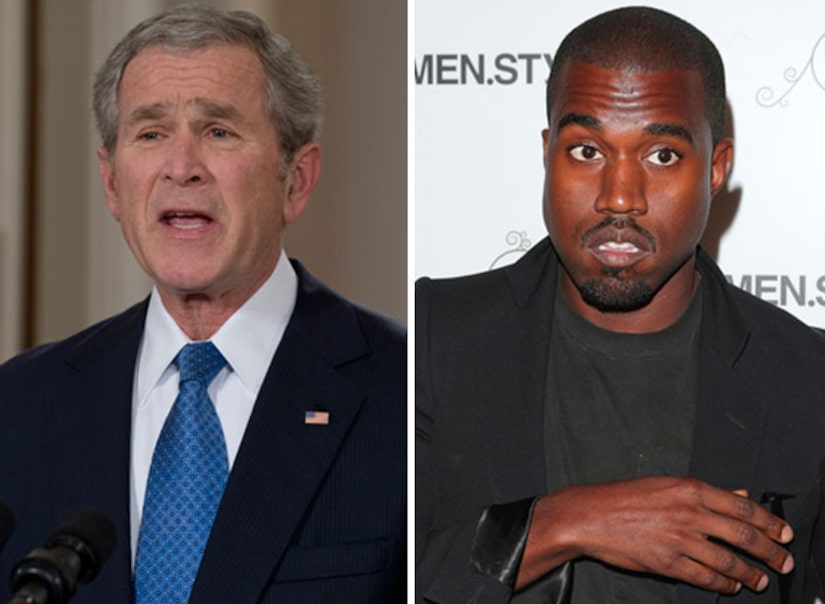 "I faced a lot of criticism as President. I didn't like hearing people claim that I lied about Iraq's weapons of mass destruction or cut taxes to benefit the rich. But the suggestion that I was racist because of the response to Katrina represented an all-time low," Bush wrote in his memoir, which Lauer read back to him.

The "Today" host then asked, "I wonder if some people are going to read that, now that you've written it, and they might give you some heat for that... You're not saying that the worst moment in your presidency was watching the misery in Louisiana. You're saying it was when someone insulted you because of that."

The former President insisted that the singer affected him the most, adding, "I also make it clear [in the book] that the misery in Louisiana affected me deeply as well. There's a lot of tough moments in the book. And it was a disgusting moment, pure and simple."