The saga continues in the strange separation of Courteney Cox and David Arquette. Courteney is speaking out for the first time since announcing her split from her husband of 11 years. 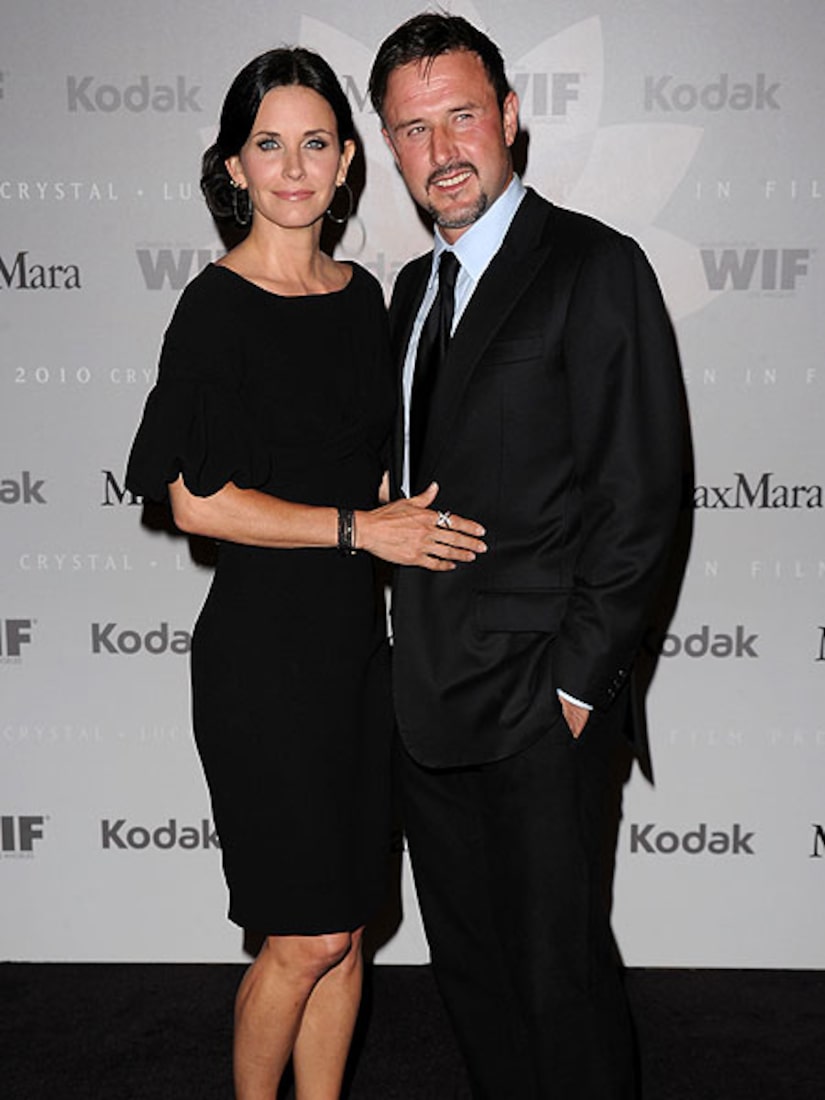 During an interview with "TV Week" Cox said, "I don't know what will happen, but this is not like we're getting divorced. This is a separation and I think that takes a lot of courage. Whatever is supposed to happen will be the best thing for us."

Acknowledging David's TMI interview with Howard Stern, the actress said she wasn't shocked by it. "David is a kook. It's not shocking that Howard Stern loves him, and I'm a fan of Howard Stern... David is an entertainer and I'm sure the people who listen to the radio are entertained by his stories."

The "Cougar Town" star said she's been leaning on best "Friends" friend Jennifer Aniston during this difficult time. "We just have fun, we laugh, we're inseparable and it's great," Courteney said. "It's funny, a lot of really close friends are kind of going through this right now, or like Jennifer -- who has gone through it. I don't know what's going on in the planets or what, but things are being shaken up and I don't know what's going to happen, but, yeah, Jennifer has been amazing for sure."