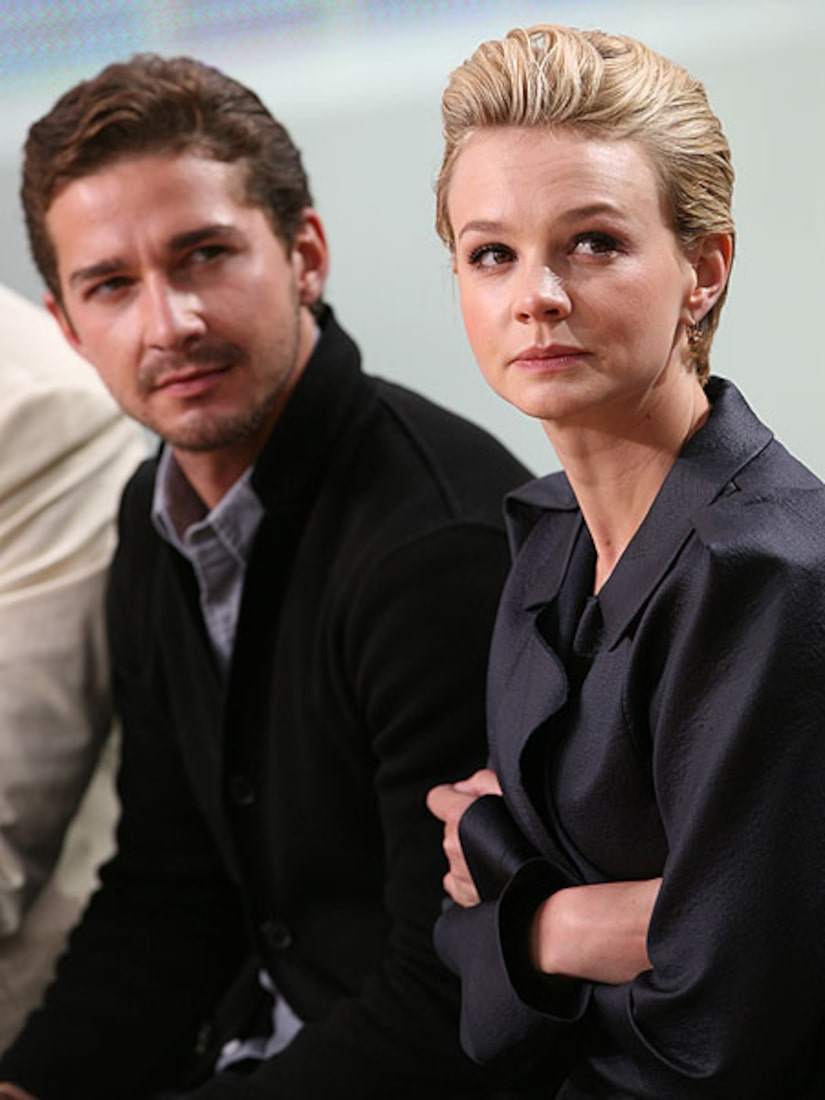 The two began their romance after meeting on the set of "Wall Street: Money Never Sleeps," in August 2009.

"The fact that the two of them play lovers in the movie and ended up being lovers in real life, I warned Shia," Douglas told "Extra's" Terri Seymour. "I said that's a dangerous way to go, you know, because I remember as a young actor myself, thinking, 'Oh well, I'm supposed to be in love in the movie, okay, we'll get it on together,' then halfway through the movie, having some big fight, and then having to pretend I'm in love with this girl. She hates me and I hate her, all that." But Douglas winked, "Obviously, [Shia] listened to everything I said. They're here and happily ever after, so it's very nice to see."

Mulligan, 25, has been filming the new indie film "Drive" in Los Angeles, while Shia, 24, is shooting "Transformers 3."