Time for Mrs. Brady to go home. "Dancing with the Stars" said goodbye to duo Florence Henderson and Corky Ballas.

Week five's theme was TV theme songs, and Henderson and Ballas danced the tango to -- what else? -- the theme from "The Brady Bunch." 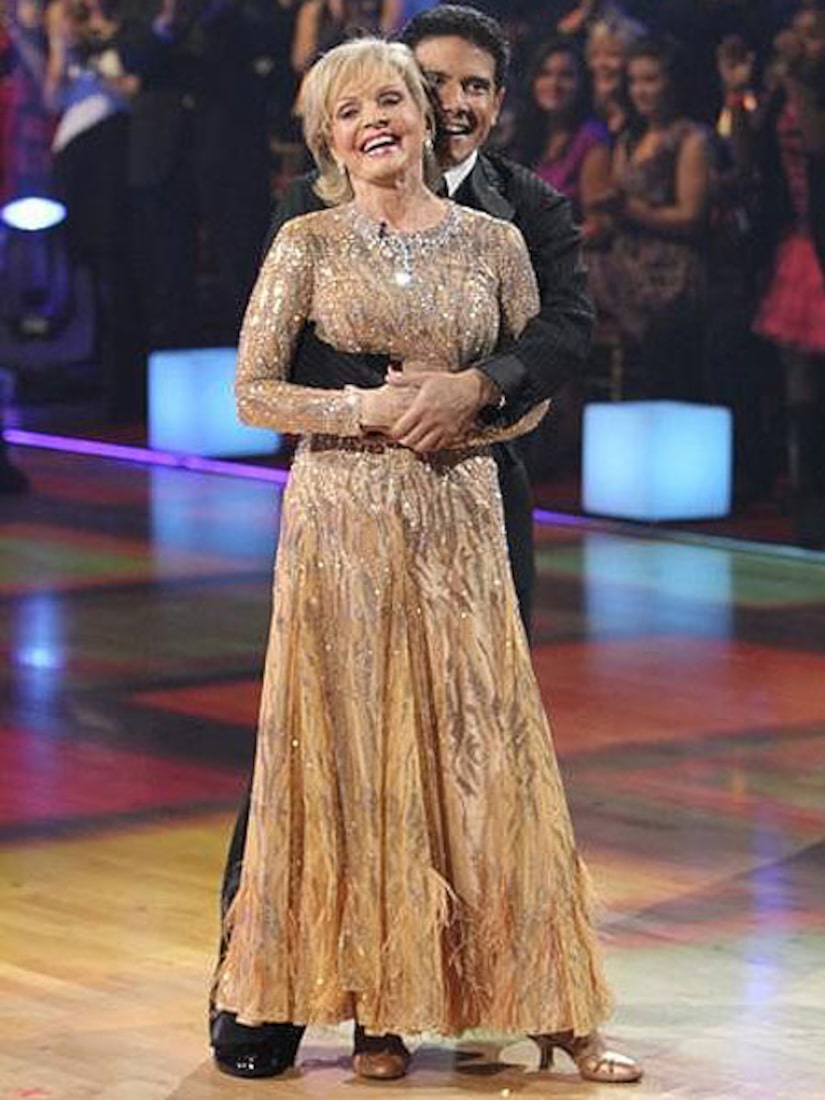 Although it started strong, Bruno Tonioli complained of Henderson's "rag doll" moves, while Len Goodman thought it was one of her best dances. The dancing duo earned a total of 21.

Photos: "Dancing with the Stars" Contestants and Their Real-Life Partners

Henderson and Ballas were not lowest of the night. That dishonor went to Bristol Palin and Mark Ballas, who danced in monkey costumes to "The Monkees" theme. The judges were slightly shocked when it was announced Bristol was safe.

The gracious Henderson took the elimination in stride, praising everything about the show, "even the judges, Brooke, Tom and this darling man, Corky Ballas," she said before hugging her partner. "I hope I've inspired people to get up off their behinds and move and dance and live and enjoy life."