On Tuesday night, "Dancing with the Stars" sent Mrs. Brady home -- Florence Henderson was voted off -- but it was Bristol Palin and Mark Ballas who had the lowest scores. 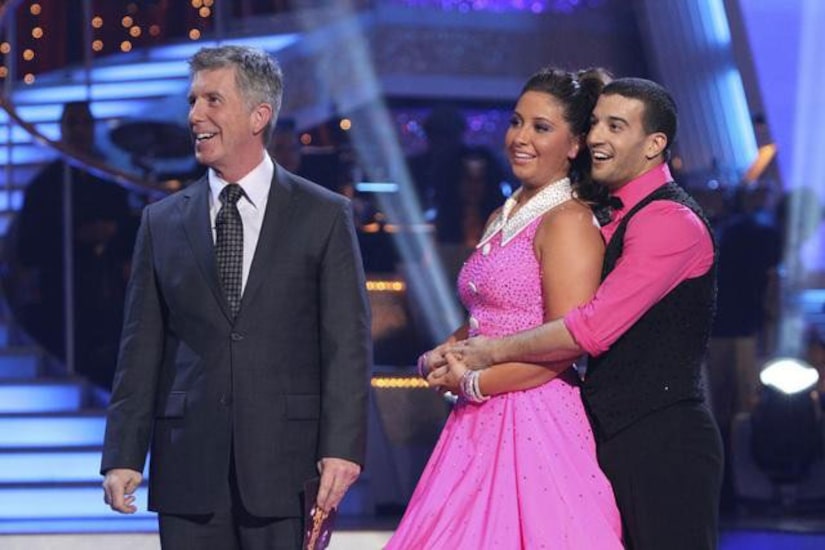 Most thought the show would send Bristol back to Alaska after her monkey jive, but she managed to pull through, despite a week of high sentiment for TV parents.

Bristol told "Extra," "I'm so grateful for the fans. Thank you guys for voting and keeping us another week."

After receiving the reprieve, the 20-year-old from icy Wasilla said she texted her mom, Sarah Palin, with the news that her dancing dreams had not yet melted. Waiting for the show to air in Alaska, the former governor wasn't sure what Bristol was texting about. "I said 'safe' with a bunch of exclamation marks and she's like 'where are you, what are you talking about?'"

The paparazzi at PopTV.com also caught up with host Tom Bergeron after the show. Check it out!

Tune in next week for more tears and tango on "Dancing with the Stars."