Media mogul Tyler Perry is ready to talk about his childhood "hell," in which he was sexually and physically abused by family members. And he's talking to Oprah Winfrey in his first interview on the subject.

The filmmaker choked back tears as he recalled the day he "died," when he was first raped by a member of his family. He said he once blacked-out for three days. As the tears gave way to rage, Perry told Winfrey, "It's so disgusting." 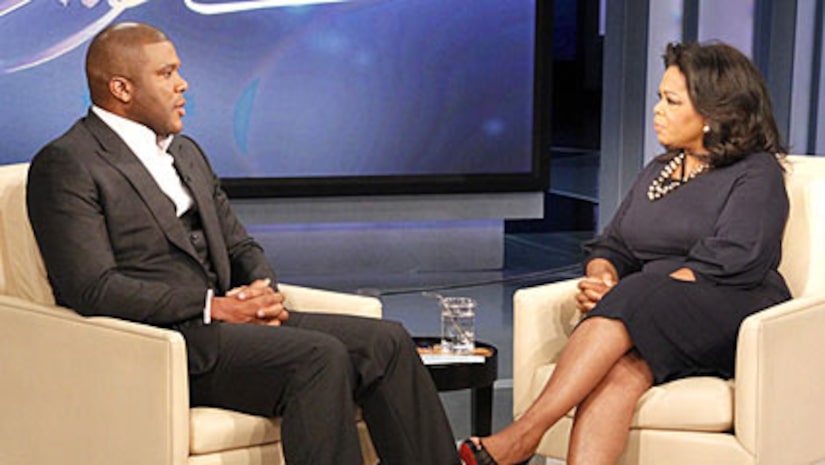 The "Why Did I Get Married?" director first raised the subject of his abusive childhood in 2009, when he posted a letter on his website after experiencing a flood of memories following a screening of the Oscar-nominated "Precious," which he co-produced.

"My father came home, mad at the world," he wrote. "He was drunk, as he was most of the time. He got the vacuum cleaner extension cord and trapped me in a room and beat me until the skin was coming off my back."

And he tells of how his grandmother made a bizarre attempt to rid him of his allergies. "She said she was going to kill these germs on me once and for all," he says. "She gave me a bath in ammonia."