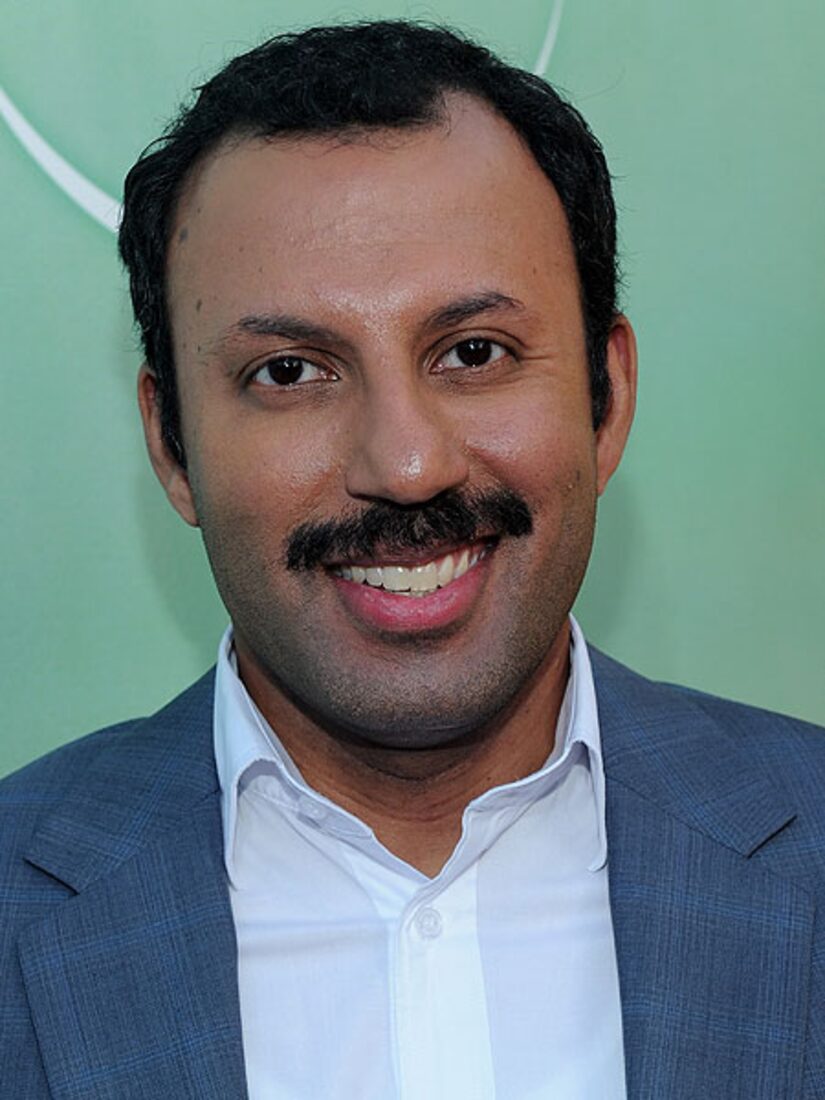 Manji said he originally auditioned for a different role, but ended up getting the part of Rajiv, assistant manager at the Mumbai call center who wishes he were the boss.

"I ended up getting an audition for the role of Gupta (played by the awesome Parvesh Cheena) and did a two-day screen test for that role, which I eventually did not get. But then I got a call saying they wanted me to screen test for the role of Rajiv. My wife was out of town and I was alone with my then 15-month-old daughter and had 11 pages of dialogue to memorize. I was able to give a decent audition. Within 24 hours, I got the job!"

How do you prepare for the role? "Prepare? I AM Rajiv! Actually, with this mustache, it is quite easy to morph into Rajiv."

In the episode, "Jolly Vindaloo Day," Rajiv reveals his arranged marriage. "Rajiv has found himself a 'love match.' I know it seems hard to believe that someone actually chose to get engaged to Rajiv, but someone actually did. I don't want to spoil it for everyone, so tune in for the episode to find out what love makes Rajiv do!"

The actor couldn't give too much information about future episodes, either, but intimated, "I don't know how much I can say but spiders, cockroaches, pimps, naughty nurses and naughty toys all find their way into 'Outsourced' episodes."

Manji has also made several guest appearances on shows such as "How I Met Your Mother," "Hawthorne" and "Glee" -- often playing doctors. Can he give a diagnosis now? "No, but I know a lot of Indian doctors if you need a referral." He adds that the ultimate guest-starring role would be on... "'The Office/Outsourced' crossover episode. Now that would be cool!"