Stone was in Berlin Tuesday, promoting "Wall Street: Money Never Sleeps" and told reporters he missed his leading actor, who he said couldn't attend because he was still undergoing cancer treatment. 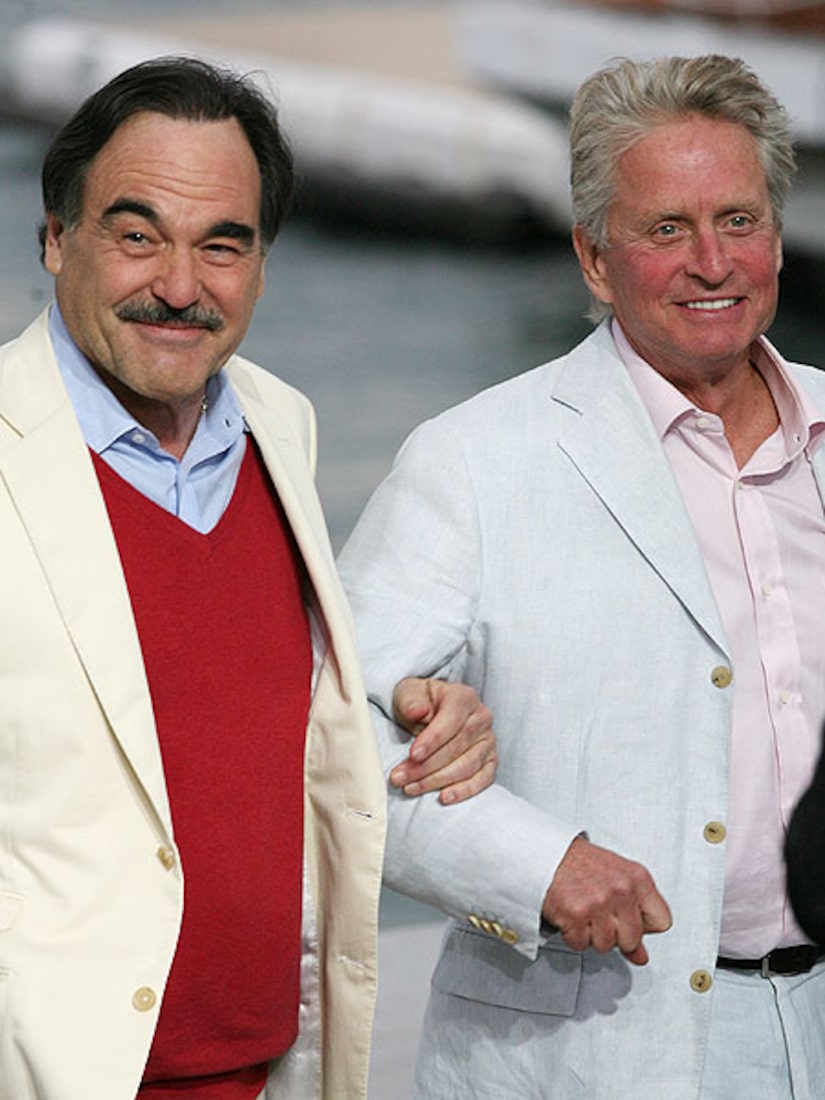 "[Douglas'] state of health is precarious," Stone said. "He's stage four, and it remains to be seen. He's under treatment for the next few weeks."

Douglas' rep, Allen Burry, told "Extra," "In my opinion, it's just an interpretation of words. I wasn't at the press conference, not sure what he meant by precarious. Yes, he has cancer. Does that make things precarious?" adding, "Michael is doing well, finished his treatments, but there's a six to eight week recovery process. The doctors are pleased. It will be tough, like anyone who has been through that knows."

Burry said Douglas attended the film's New York City premiere three weeks ago, but the actor nixed plans to tour Europe when he learned in August that he was battling stage four throat cancer.

"Extra" Lifechanger radiation oncologist Dr. Paul Song is almost optimistic. "When I see patients who have similar cancers like this at the end of treatment, I really do anticipate them having a full meaningful life that's cancer-free."