Reality star Kim Kardashian is baring all on the November cover of W magazine -- and she's talking about her her decision to get into reality TV, and her early marriage to music producer Damon Thomas. 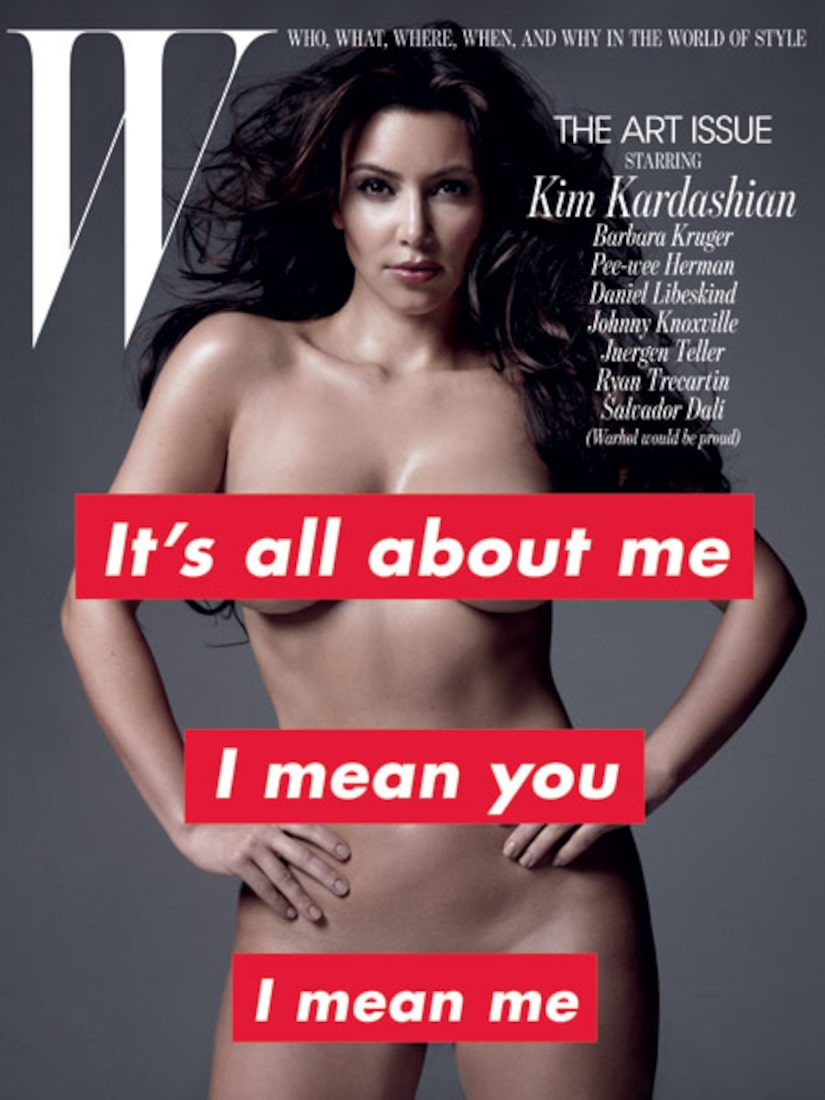 "People would come over and say, 'Where are the cameras?' Everyone always said that it was like a sitcom at our house," Kim said of deciding to film "Keeping Up with the Kardashians." "We also knew that while we had the glitz and glam for an audience to vicariously live through, we are such a normal family that everyone can relate to."

Photos: Kim Kardashian with Mario at The Grove!

Kim, who appears in the mag wearing nothing but silver paint, said her show has done wonders for her self-confidence. "I used to think, I have to be this or that or skinny, and now, because of the show, everyone is embracing just me, which has given me such a confidence," she said, adding, "Now, I'm like, why did I ever give that feeling the time of day?"

Before the cameras and Hollywood lights, Kardashian was married to music producer Damon Thomas from 2000 to 2004, and calls their wedding "bizarre." "I was a different person then," she said. "I always wanted to be a housewife, and I wanted to have kids at a young age. I was insecure and dependent, really the opposite of who I am today."

You can read Kim's entire interview and see all the photos, when W hits newsstands Wednesday.