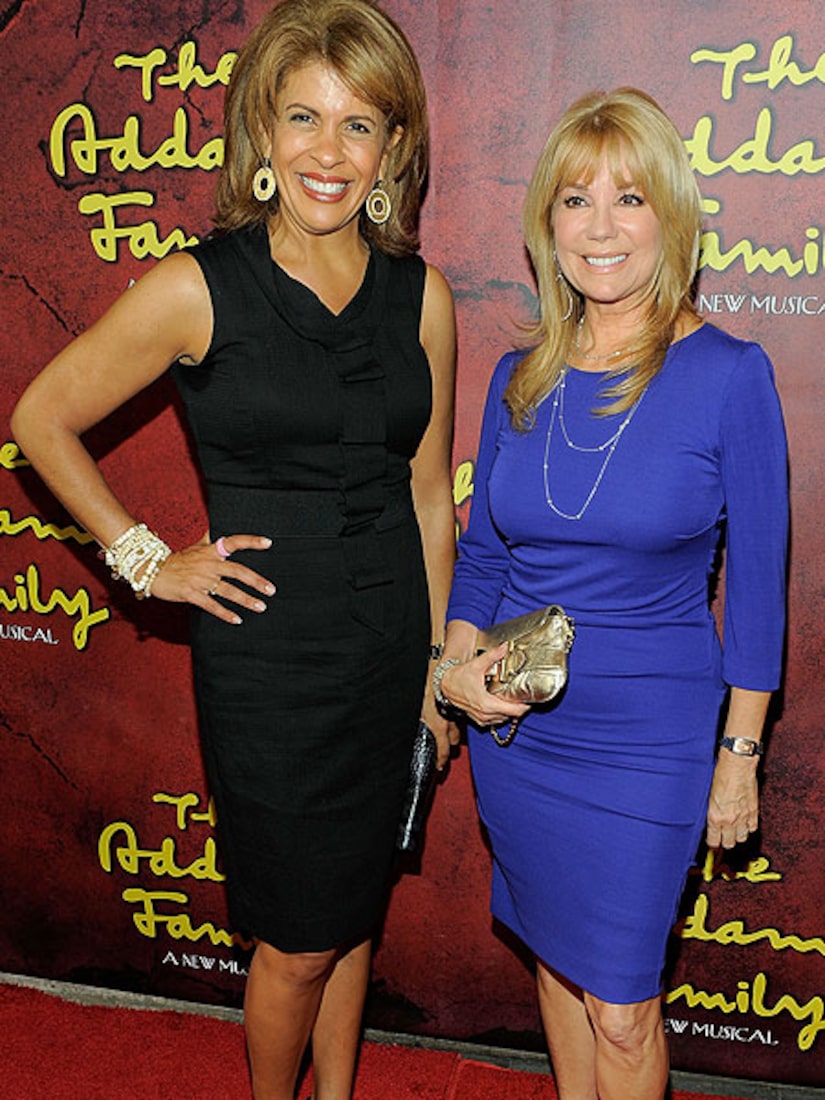 Kotb laughed about the title, telling "Extra's" AJ Calloway, "I said there are times when I've had it with her and I want to wrestle her to the ground and put gum in her hair! And she said 'I think that, too. I just didn't put it in my book,' and I said 'Well I didn't read your book, so how would I know?'"

Gifford concurred. "You know what? I understand it. She passed it by me and I said, 'Absolutely honey, whatever you have to do to sell some books.'"

The "Today" also added their two cents about fellow newsman Rick Sanchez and whether they thought his apology was sincere. "Yes. People screw up," Kotb said, with Lauer adding, "I just say with live TV, stuff happens." Gifford hoped it was sincere, while Roker surmised, "He's a good broadcaster, and I'm sure he'll end up somewhere in the not so distant future."