The parents of the late Michael Jackson, Katherine and Joe, sat down for an interview this past weekend with the queen of talk, Oprah Winfrey, reports TMZ. 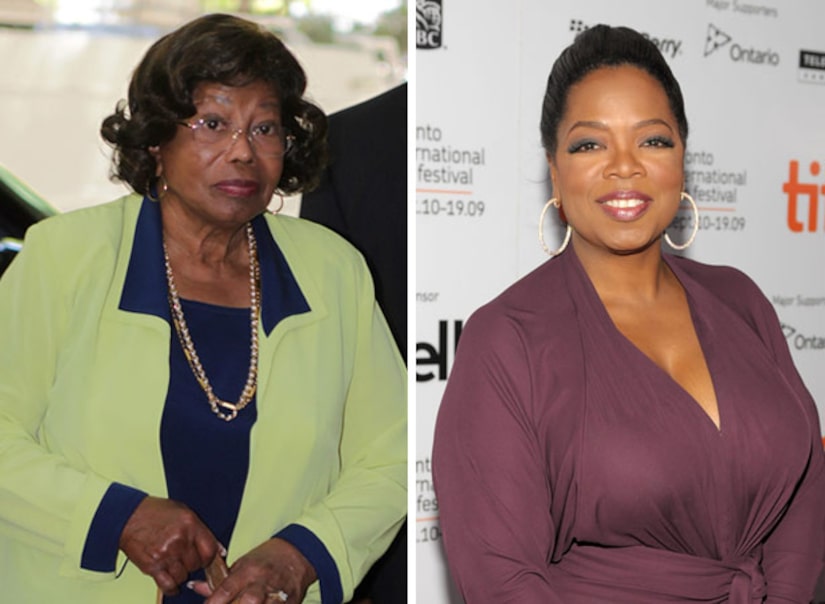 O's production trucks were spotted Saturday outside the Jackson compound in Encino, Calif., where they remained for several hours.

An official airdate for the interview has not been announced, but the segment will focus on the King of Pop and his children -- and the book Katherine wrote about her son's life, "Never Can Say Goodbye."