Season 10 of "American Idol" is just getting started, and rumors of a feud between Ryan Seacrest and new judge Jennifer Lopez are already brewing, but the singer is putting all the lies on the Jenny chopping block. 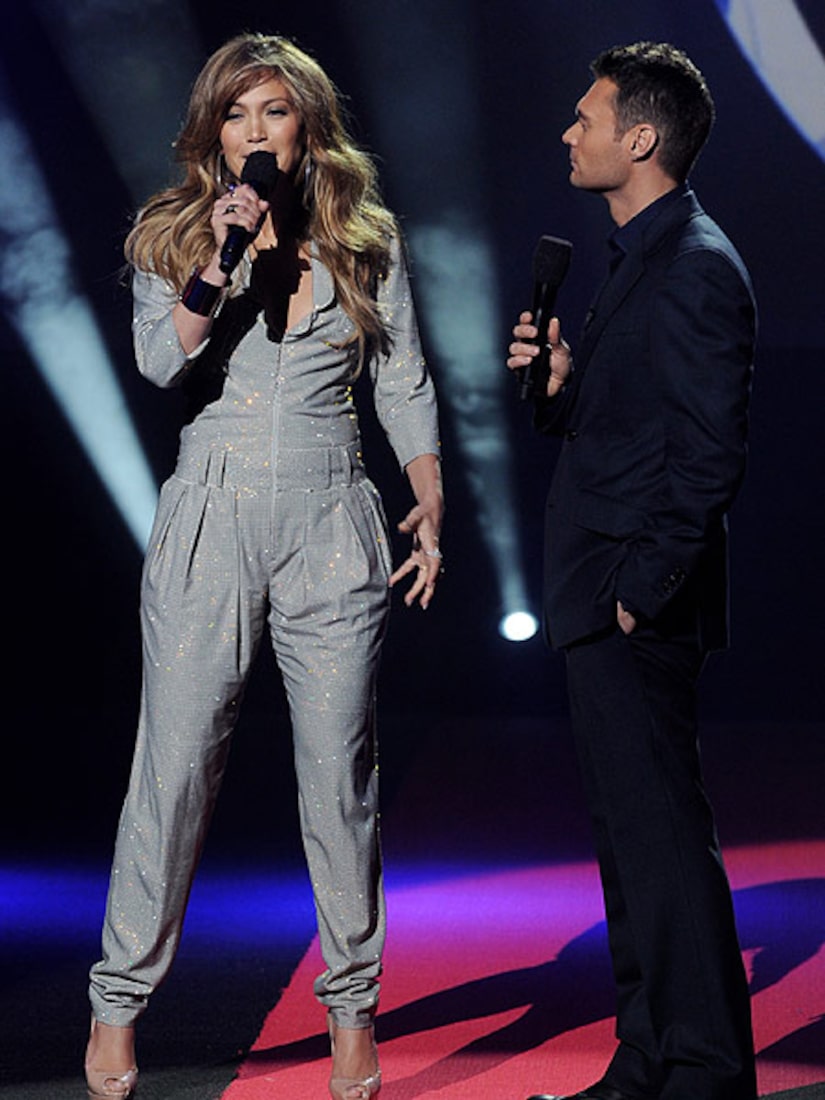 Lopez called in to Ryan's KIIS-FM radio show on Friday to kill rumors that the two have been fighting over dressing rooms and battling to become "Idol's" top diva.

"Is there a prize for top diva?" Jennifer joked. "Is there extra salary?"

"Why can't we just be equal divas?" Seacrest wondered. "Jennifer and I have known each other for a long time before all this and we have the same sense of humor, and so when we were on-air or off-the-air we were usually having a laugh."

J.Lo also shot down rumors that she couldn't remember Randy Jackson's name. "How do you goof up Randy's name? That is hysterical! They want to make me look like a buffoon!"