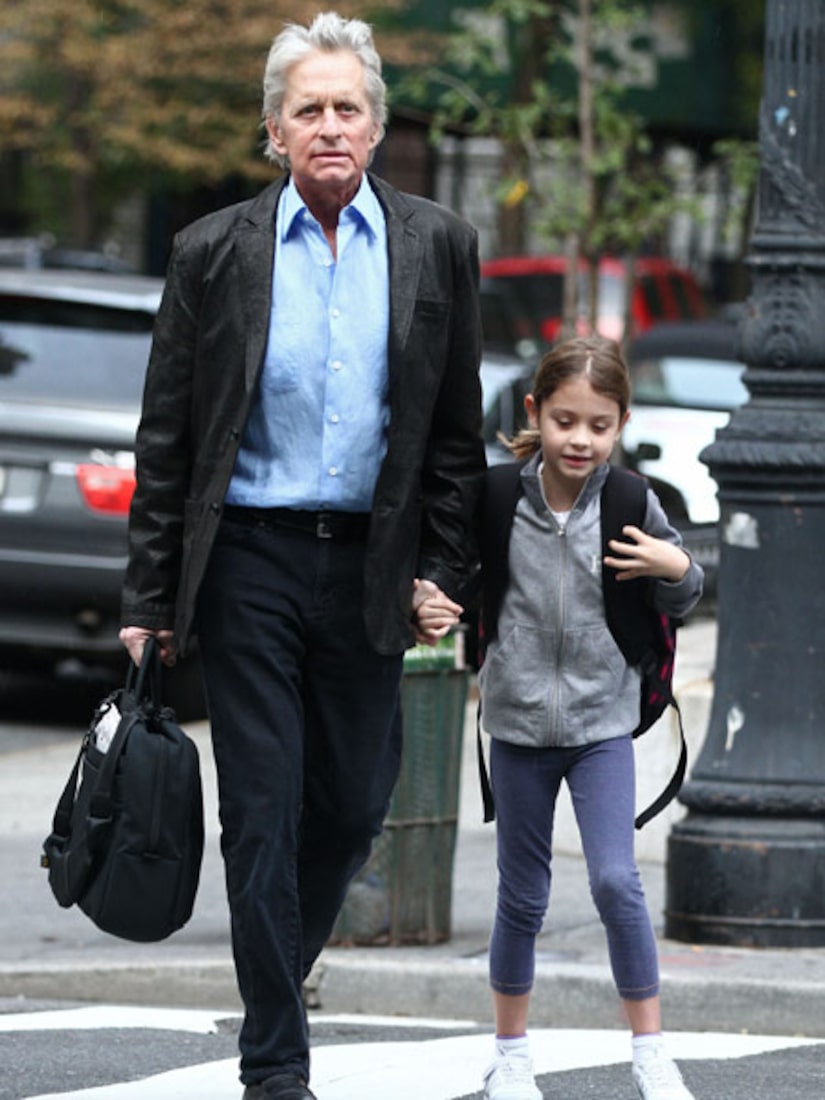 Michael will now begin six weeks of recovery, followed by periodic check-ups. "He's really happy about it ending," said Burry. Douglas' treatment made it incredibly hard for him to shallow, but the "Wall Street" star managed to eat. "He was determined not to have a feeding tube, and he didn't have to have one," revealed Burry.