Family and friends of Tony Curtis gathered in Las Vegas Monday to bid farewell to the 1950s icon, who died last Wednesday of a cardiac arrest. 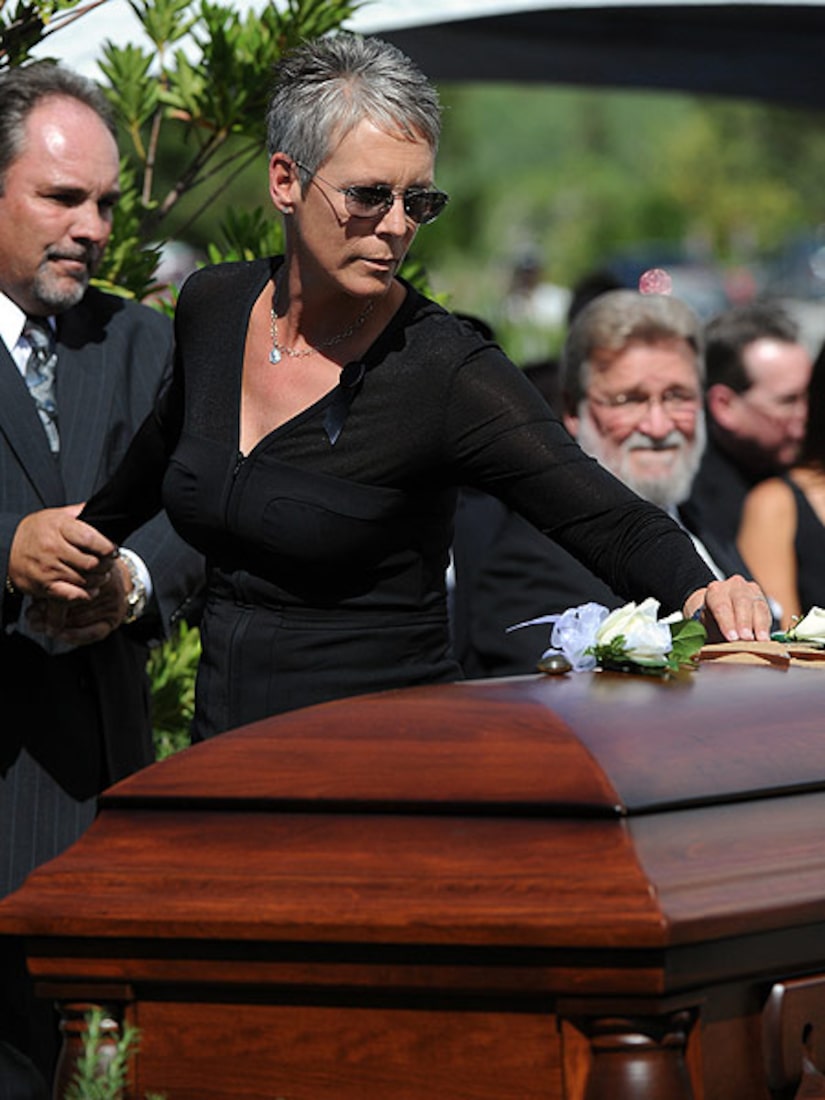 Tony's daughter, actress Jamie Lee Curtis, paid tribute to her father by injecting a little humor into the memorial service -- by doing her best impersonation of him.

The actress became emotional when talking about her dad. "We are the evidence of him," she said. "We walk the walk led by him. We all got something from him. I, of course, got his need for attention."

Curtis' sixth wife, Jill Vandenberg, wept throughout the service, but managed to deliver a eulogy. "People always wonder what he was really like," Vandenberg said. "He was exactly like you thought he would be. He was that charming, handsome man you saw on the screen... He was a movie star and he loved every minute of it."