Fresh off the plane from visiting husband Tom Cruise, who is shooting "Mission Impossible 4" in Prague, Katie Holmes attended Variety's 2nd Annual Power of Women Luncheon in Los Angeles -- where she chatted with "Extra's" Terri Seymour about "MI 4" and her wedding anniversary plans. 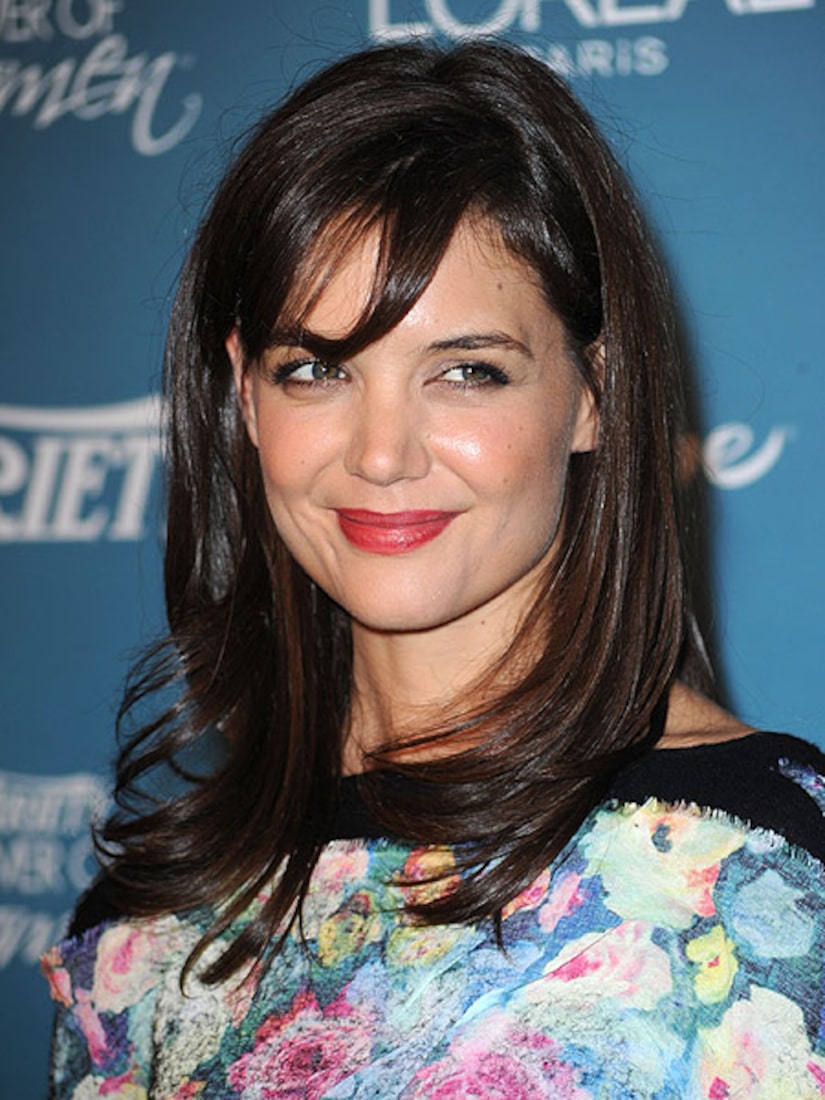 Katie said of Tom, "The filming is going very well. He always pushes it to the next level and it's going to be even bigger, faster, better."

The actress has still more traveling ahead, telling Terri that the film will also shoot in far-flung Dubai and Vancouver.

The couple's fourth wedding anniversary is just weeks away, and Katie plans to be with Tom on location. Terri asked if he has any surprises in store for the big day, to which Katie replied, "I guess it wouldn't be a surprise!"