The most talked about Hollywood secret has finally been confirmed -- Jennifer Lopez and Steven Tyler will be taking the empty seats as judges on "American Idol." 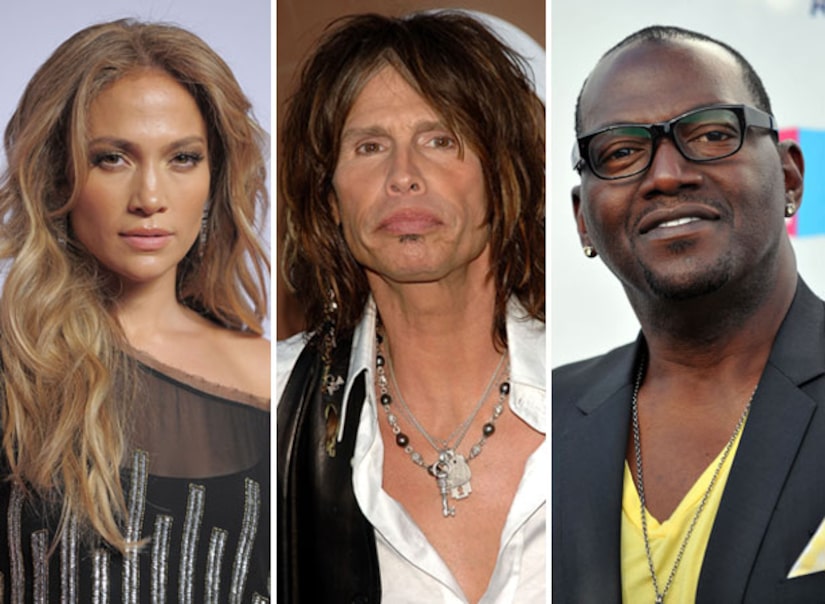 In a live press conference Wednesday, J.Lo, who has served as an "Idol" mentor, said, "For nine years I've enjoyed watching artists compete to get a meaningful chance to achieve their dreams. I know from my own experience how hard it is to succeed, and I'm looking forward to discovering and nurturing that spirit in the many 'American Idol' contestants I look forward to meeting this year."

Check out "Extra's" interview with Lopez in June where she talks about wanting to be a judge.

Grammy Award-winning singer/songwriter and Aerosmith frontman Steven Tyler is looking forward to joining the show in its 10th season. "I've been on tour for most of my life in a band with four guys who judge me every day. Sometimes it hurt, but it only made me stronger," said Tyler. "I want to give everybody a little love before I decide who goes home heartbroken. If you don't like what I say, don't get mad, get better. I'm ready to bring some rock to this 'roller' coaster and show these kids if they have the dream, the talent and the drive, they will be the next American Idol."

See photos of the wild and crazy Steven Tyler through the years!

Lopez and Tyler join the show after some major changes this year. Longtime judge Simon Cowell left after nine seasons and both Kara DioGuardi and Ellen DeGeneres announced their departures over the summer.

Randy Jackson is the only original judge remaining. Excited by the change, Randy said, "I can't believe it's been 10 years of the greatest show in the world. I am looking forward to this next season; we are going to knock it out of the park. Season 10 is going to be hot!"