Just a few days after his fiancée Katy Perry yelled at the paparazzi for getting in front of her car, Russell Brand had his own altercation with the paps. 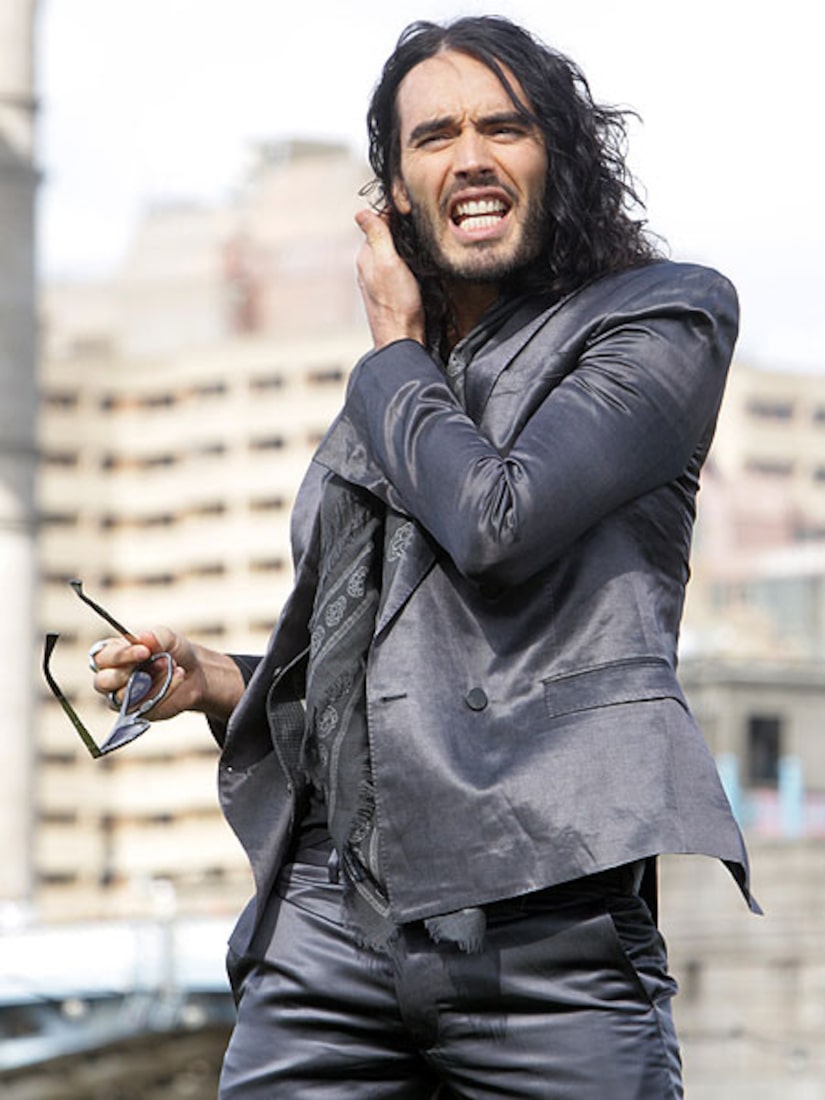 The funnyman was arrested for allegedly attacking paparazzi at LAX airport, TMZ reports. He and Perry were apparently going through security when Brand got mad and started pushing and hitting the photographers.

One photog made a citizen's arrest and the police followed up. The authorities interviewed Brand and took him into custody. He has since been released on $20,000 bail.

Perry later tweeted, "If you cross the line & try an put a lens up my dress, my fiancé will do his job & protect me."

Brand and Perry aren't the only ones ticked off at the paparazzi. Singer Adam Lambert got into it with a photog in Miami beach Thursday and tweeted his support for the couple, "@katyperry @rustyrockets some of dem paps are SCUM! Stand your ground. :)."