Country singer Wynonna Judd made an appearance on "Oprah" Tuesday and revealed that she's 60 pounds lighter! 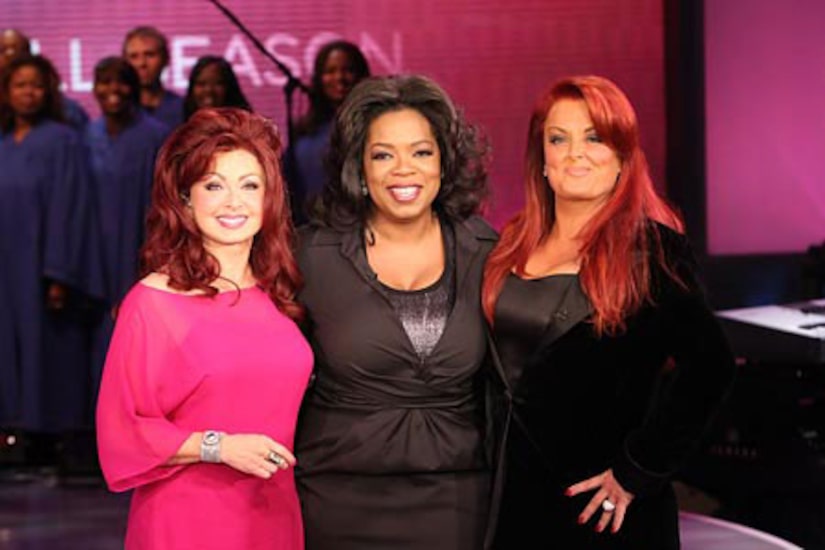 "I went to hell and back," Wynonna said, crediting exercise as one of the reasons she lost the weight. "I started walking in the wilderness screaming at God, 'Why?' I call it my meditative walk. Now, I don't look in the mirror and go, 'You suck.'" She added, "The other day a guy half my age asked me out and I said, 'I admire your courage.' ... I'm feeling so alive that I have to take naps."

Wynonna also talked about her ex-husband, D. R. Roach, 49, who was arrested in March 2007 and indicted on three counts of aggravated sexual assault and battery against a minor under the age of 13. "He was out of the house within the hour," the Grammy-winning singer said.

Mom Naomi joined the chat and the two talked therapy, sharing their new ways of talking and getting along with each other -- which will come in handy as the Judds prepare to hit the road for their "Last Encore" tour.

For more on the interview, visit Oprah.com.