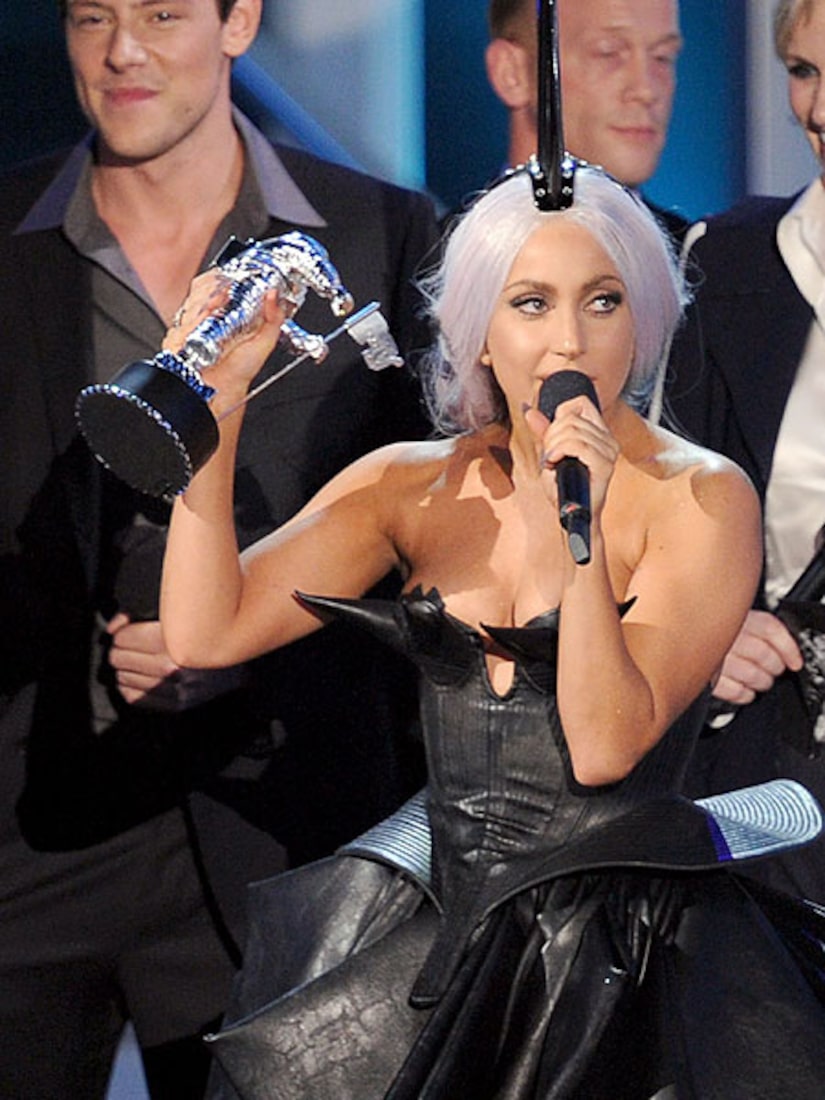 The Lady picked up three little astronauts, including Best Female Video, Best Pop Video and Video of the Year for her "Bad Romance." Eminem nabbed awards for Best Male Video and Best Hip Hop Video for his rap "Not Afraid."

See photos of all the VMA arrivals!

Accepting her award for Video of the Year, Lady Gaga, who changed outfits three times during the ceremony, announced the name of her next album, "Born This Way," and sang a lyric from it.

Justin Bieber won Best New Artist for his ditty "Baby," while 30 Seconds to Mars won for Best Rock Video for their song "Kings and Queens."

Host Chelsea Handler kept things humorously humming along, poking fun at many of the evening's musical artists. Check out some of the show's highlights!