Oprah Winfrey's 25th and final season is just four days away, and the guessing game has begun as to what surprises the queen of talk will bring... will Lindsay Lohan be her first guest? 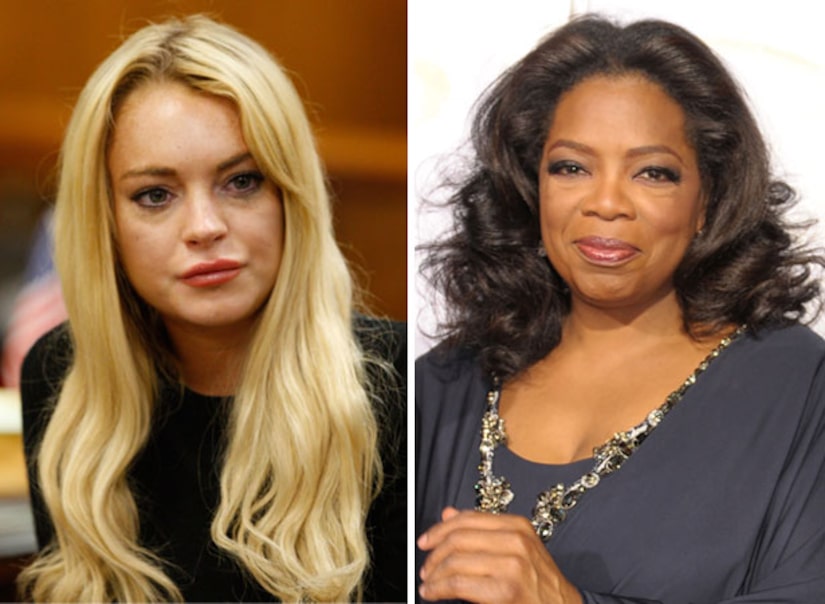 Rumors are swirling today that the big yellow chair could be filled by either LiLo or longtime Oprah pal John Travolta.

According to RadarOnline, the freckled starlet, fresh from jail and rehab, is currently in talks to appear on the talk show. While a deal has yet to be finalized, a source said the outcome is "looking very good" and that there have been "some good conversations. We're crossing our fingers it works out for Oprah's last season."

O told "Extra" that her last season will have "lots of surprises... we want to celebrate special moments."

Check out a complete calendar of all the fall shows