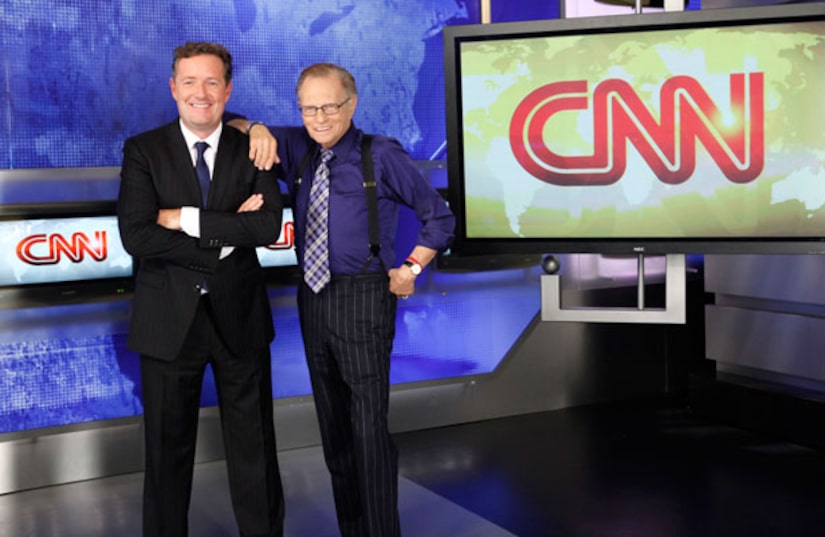 Morgan, 45, is no stranger to the news desk. The "America's Got Talent" judge recently hosted his own UK show called "Piers Morgan's Life Stories," and in a recent interview, he reminded "Extra" that he was an editor for a tabloid for 11 years.

"It made me one of the most loathsome men in England," Piers said of his tabloid days. "Naomi Campbell definitely doesn't send me Xmas cards, she sued me."

"Extra's" Terri Seymour caught up with Simon Cowell, who told her he knew weeks ago Piers had officially gotten the job. "He was under contract to us on 'AGT,' so he called me and we helped sort of broker a deal. Cowell calls Morgan "brilliant" and "without question the best interviewer I've ever been interviewed by."

King announced in June that he would be retiring from "Larry King Live," which he began hosting in 1985.

Find out 15 things you didn't know about Larry King

"I have watched 'Larry King Live' for much of the last 25 years, and dreamed of one day filling the legendary suspenders of the man I consider to be the greatest TV interviewer of them all," Morgan told CNN.

Morgan's as yet untitled show will air live on CNN-US at 9 PM ET and on CNN-International in more than 200 countries.