Talk show host Ellen DeGeneres popped up on the Broadway stage Tuesday when she made a surprise guest appearance in the musical "Promises, Promises," joining stars Sean Hayes and Kristin Chenoweth. 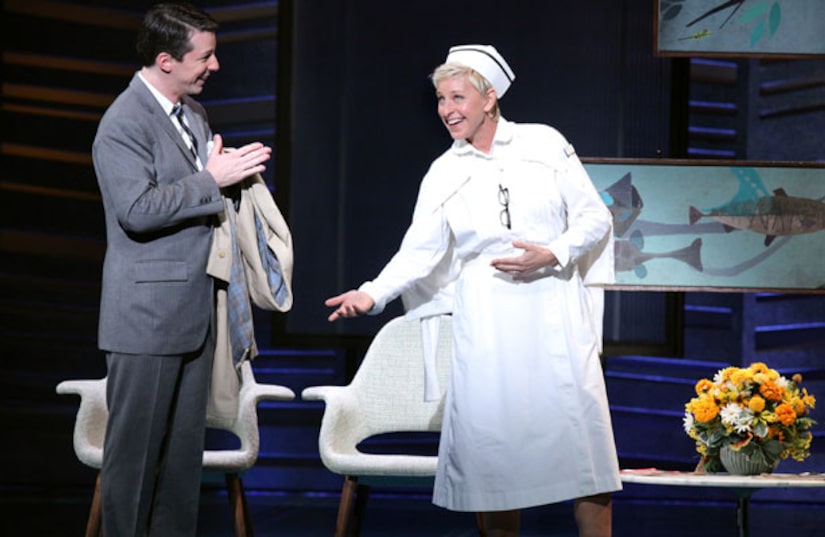 A few hours before appearing on Broadway, Ellen stopped by the Ed Sullivan Theater for a cameo on "The Late Show with David Letterman," where she delivered the Top Ten List!

Check out the Top Ten Things That Are on Ellen DeGeneres' Mind!