Rock legend Rod Stewart is happy to be expecting his eighth child with wife Penny Lancaster -- but this is the last one. 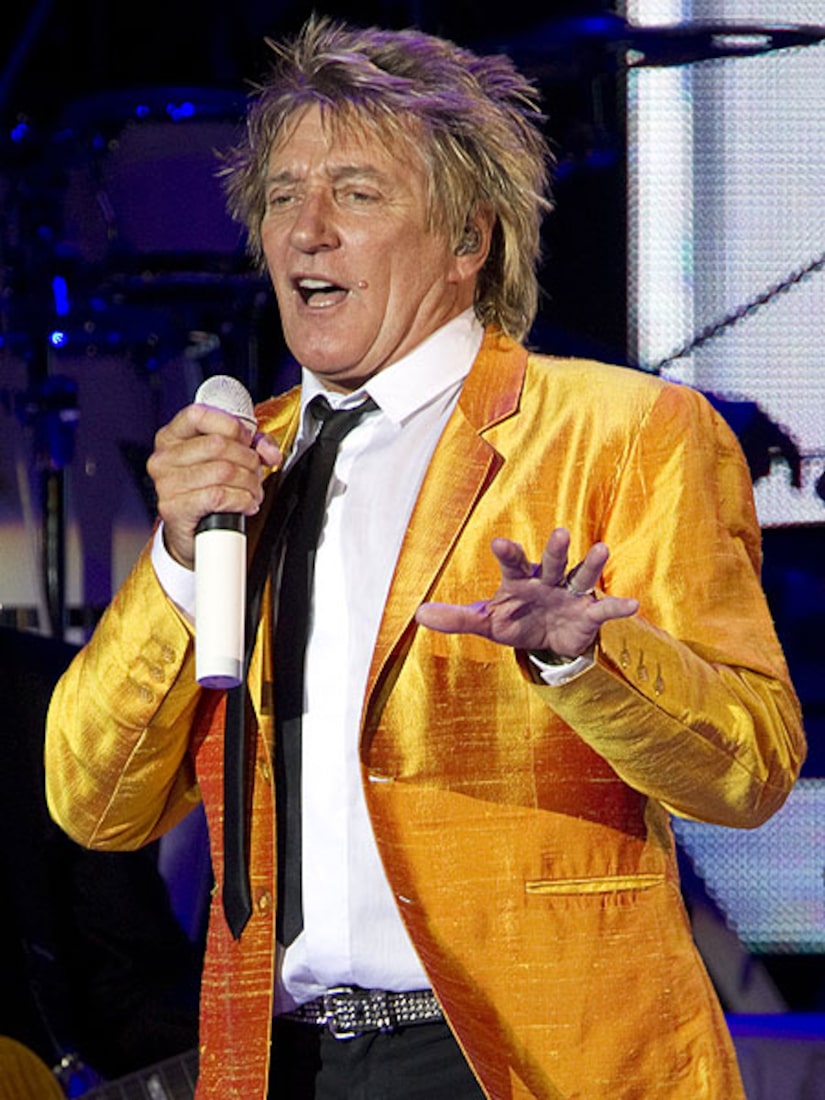 "Extra's" Lauren Sanchez talked with the 55-year-old singer and asked if he would have any more children. "No more after this. Don't be silly," Stewart replied. "We're done with it now."

What's the best advice he has received as a parent? "Always see the other side of the story."

Stewart is also releasing another baby -- his "Great American Songbook Volume 5" -- a collection of 12 standards, including a few Frank Sinatra tunes.

The rock singer said he met Ol' Blue Eyes once. "He was concerned about [my] singing style, and it being very rough," Stewart said. "[Sinatra] said the same as Prince Charles always says, 'Your voice okay?'"

Stewart surmised, "I'm singing better than I've ever sung before, in my humble opinion."