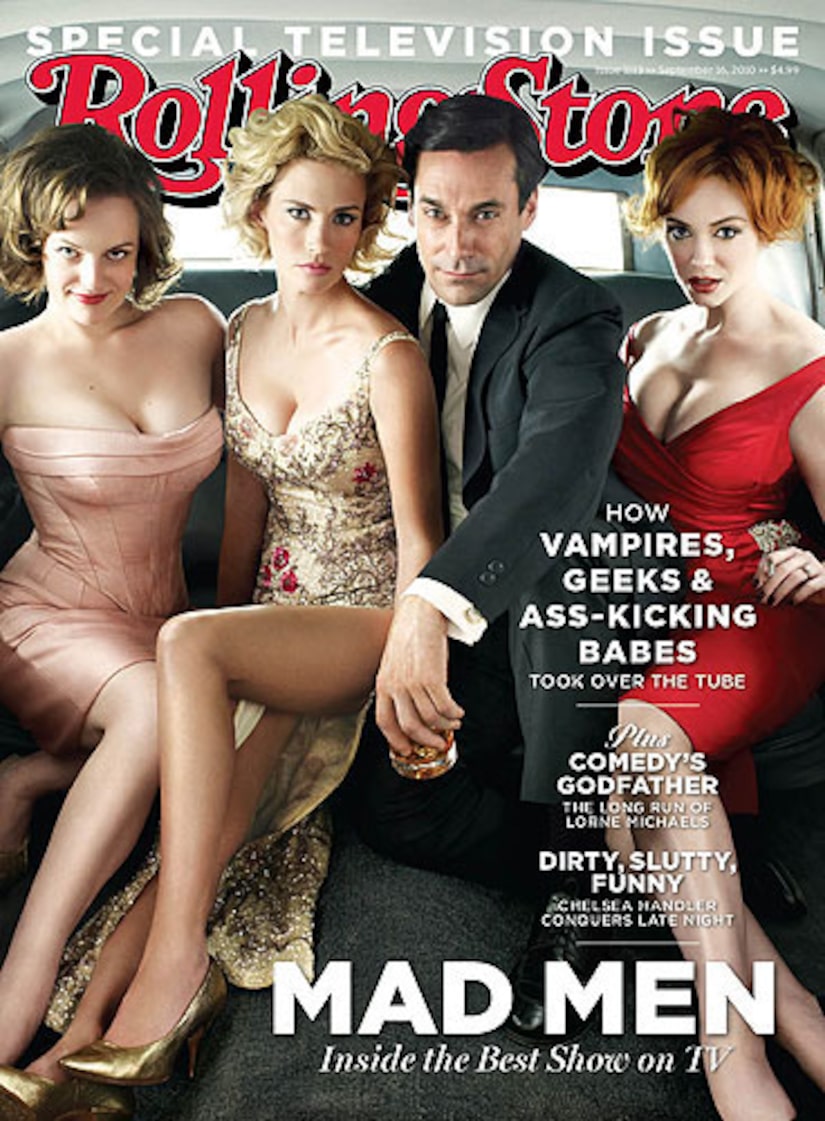 The highly stylized show about 1960s ad men just won its third consecutive Emmy for Best Drama Series. "Extra's" Mario Lopez asked how they were going to celebrate, and Hamm Joked, "We're gonna all fly to Mexico, so it's gonna be kind of a long night. We also have a 7:00 call in the morning so we've gotta get on that plane."

See the gallery of retro ads!