Law enforcement arrived to the Beverly Hills home of celebutante mogul Paris Hilton this morning, after a man wielding two knives attempted to break in. 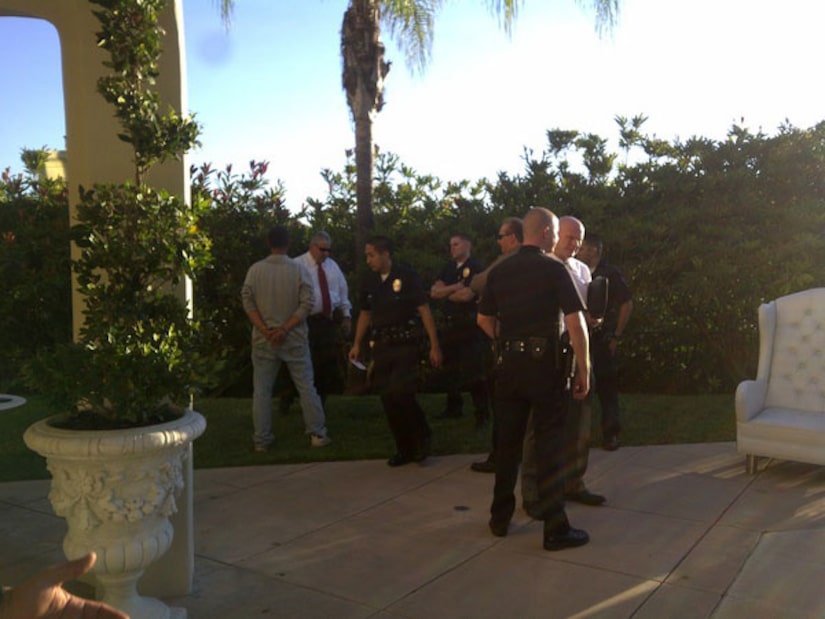 Paris posted the above photo along with this message on her Twitter page: "So Scary, just got woken up to a guy trying to break into my house holding 2 big knifes. Cops are here arresting him."

Police told TMZ that the man is in his 40s and was taken into custody around 6:30 AM.

Hilton's publicist released the following statement to "Extra," "I can confirm that in the early hours of this morning an armed man with two kitchen knives attempted to break in to Paris Hilton's home when she was sleeping. The security cameras and alarm system were alerted and the police immediately came to the house and arrested the intruder who was attempting to break a window when they arrived. Paris is naturally shaken by the events but is unharmed and well. She is very thankful to her security team and the police for their swift and diligent response."