Alexander Skaarsgard, Anna Paquin and Stephen Moyer have stripped down for the September cover of Rolling Stone magazine... wearing nothing but fake blood! 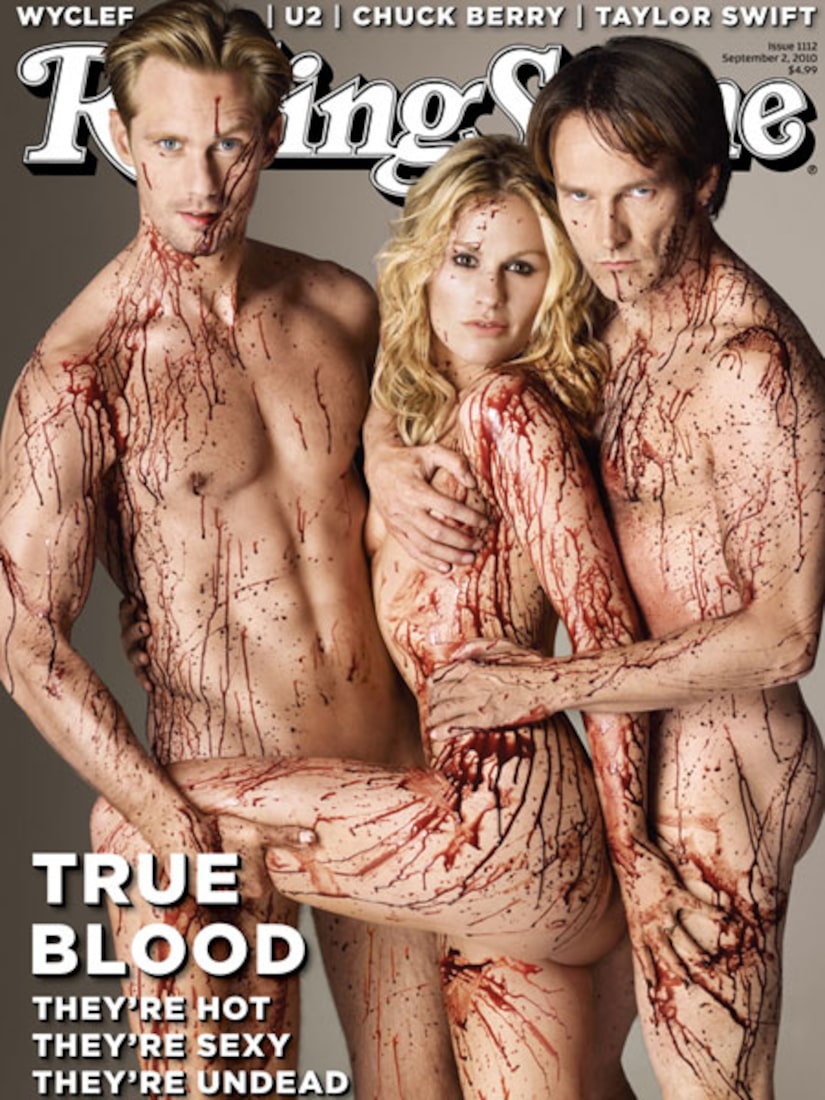 "True Blood" creator Alan Ball told Rolling Stone that to him, "Vampires are sex. I don't get a vampire story about abstinence. I'm 53. I don't care about high school students. I find them irritating and uninformed."

Moyer, who plays Bill Compton, offers his theory on what makes vampires so attractive. "If we go from a base level, vampires create a hole in the neck where there wasn't one before. It's a de-virginization -- breaking the hymen, creating blood and then drinking the virginal blood. And there's something sharp, the fang, which is probing and penetrating and moving into it. So that's pretty sexy. I think that makes vampires attractive." he laughs. "Plus, Robert Pattinson is just hot, right?"