Actress Jenny McCarthy has definitely found a new man -- and his name is Jason Toohey. 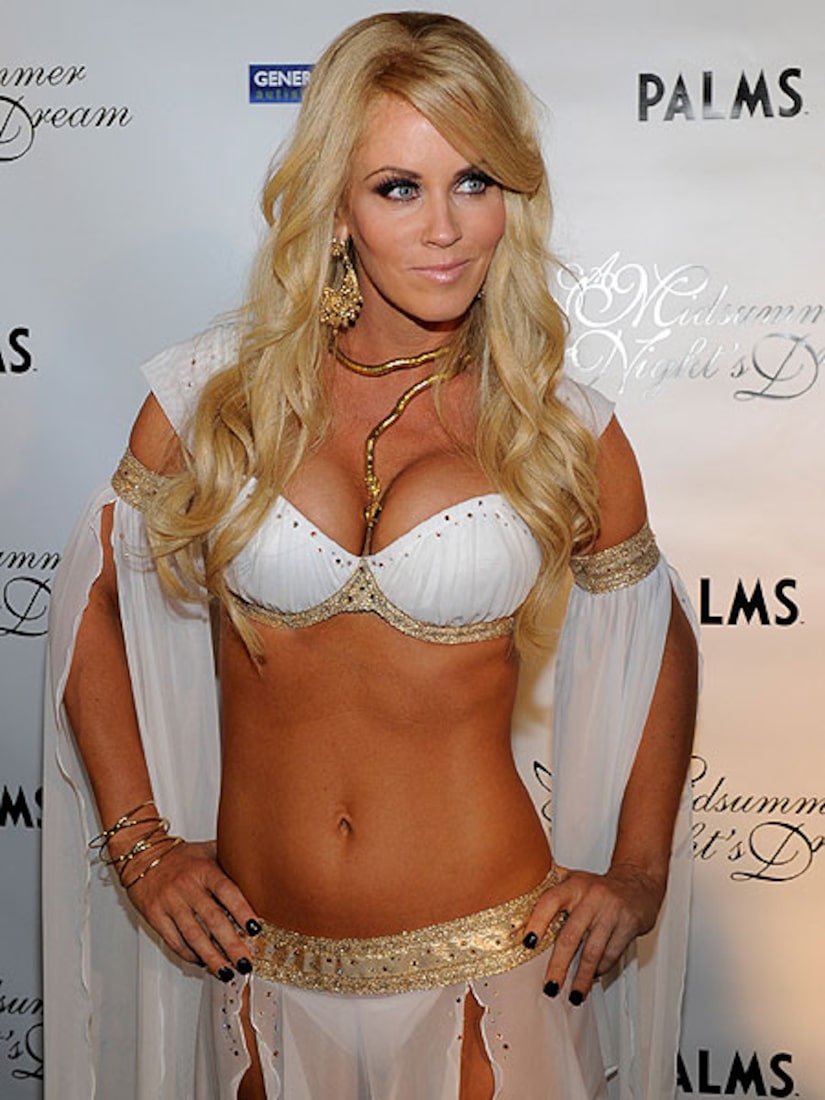 Although McCarthy has teased about her "mystery man" on her Twitter account, the two have finally made it public, recently kissing at the Midsummer Night's Dream party at Las Vegas' Palms Casino Resort.

McCarthy even told "Extra" at the party she was happily dating. "I am seeing someone right now. So I'm happy and I'll let you know how it goes."

Toohey, 35, hails from Las Vegas and is a former fitness model [see picture]. The two have been dating for two months, and McCarthy recently moved in with him while her L.A. house is being remodeled.

"I've been living in Vegas for about a month. My house is under construction right now in L.A., so I very well could be here until it's done," McCarthy, 37, told People.com.

McCarthy broke up with her long-time boyfriend Jim Carrey in April, but now she says she is focusing on "change and growth," adding, "I'm really happy [and] I'm looking forward to the future."