Jesse James may be ready to move on from his Oscar winning ex, Sandra Bullock. 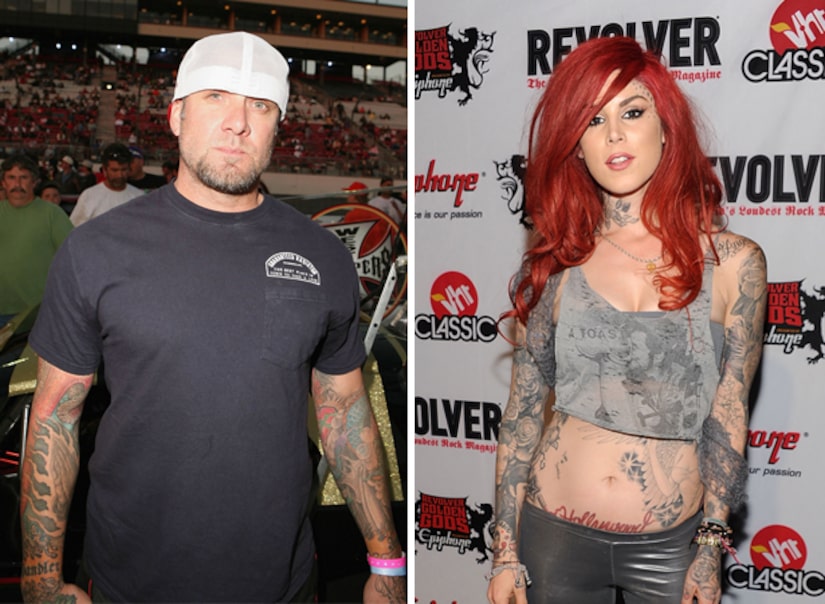 The two-timing motorcycle maven was spotted on Saturday having dinner with "LA Ink" star Kat Von D at the Palms Hotel restaurant N9NE in Las Vegas.

Eyewitness accounts told People magazine the pair were snuggling in an oversized booth and reportedly shared the restaurant's signature rock shrimp, classic caesar salad and the filet with a side of asparagus.

After the meal the two left the restaurant holding hands and departed in James' black Mercedes.

Jesse's divorce to Sandra Bullock was finalized this past June.