There won't be an official announcement until August 17th, but rumors are flying about who will join the new cast of "Dancing with the Stars." 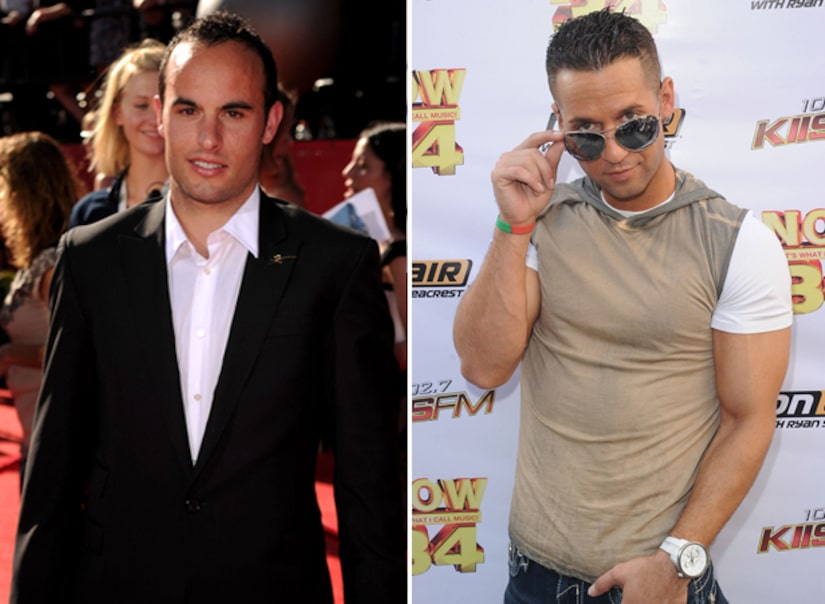 "Extra" has heard that "Jersey Shore's" Mike "The Situation" may be taking his fist-pumping moves to the hit ABC series, along with "Bachelorette" couple Ali and Roberto. Although the newly engaged duo wouldn't confirm, they told us that they would love to participate in the show.

Other stars that getting a lot of buzz about joining the race for the mirrored ball are Ryan O'Neal and Troy Aikman.

The new season kicks off September 20.