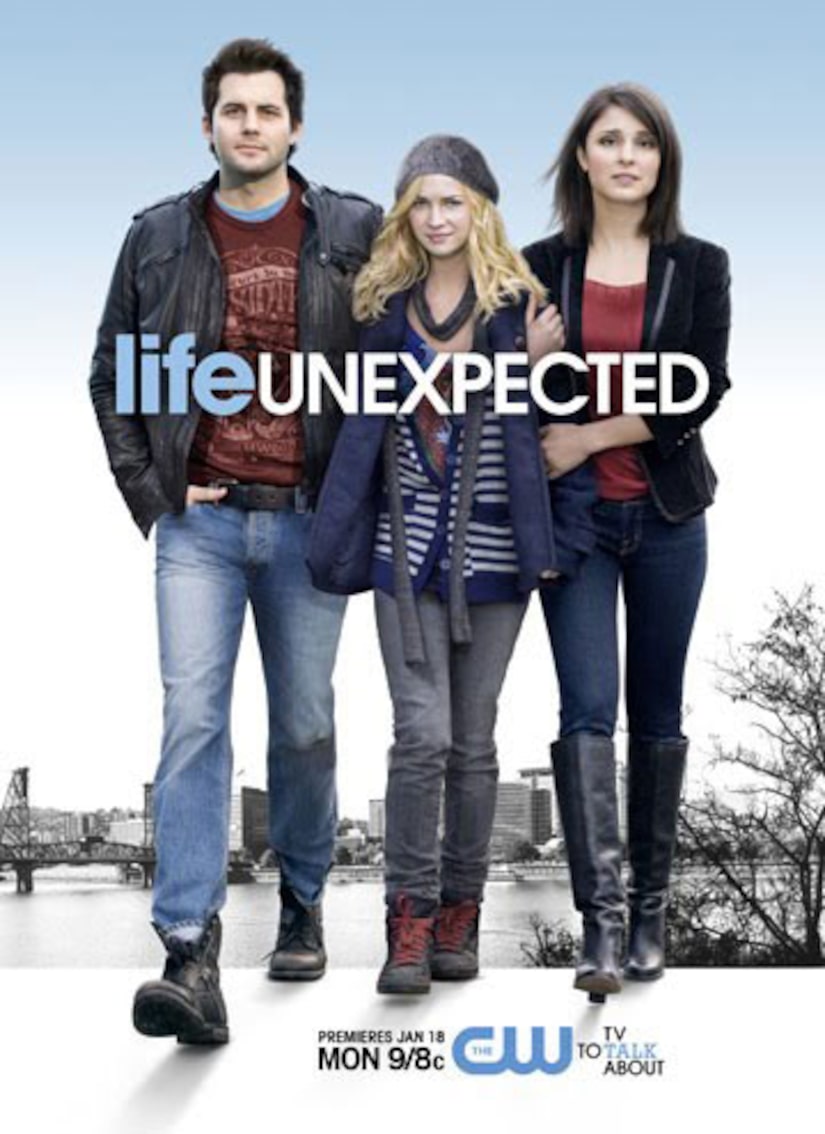 Synopsis: Returning for a second season, "Life Unexpected" is a coming-of-age family drama that centers around 16-year-old Lux, who was given up for adoption at birth but never adopted. When she is put back into the custody of her estranged-since-high-school birth parents, radio show host Cate and bartender Baze, the three form an unlikely family, complicated by the fact that Cate is engaged to her co-host, Ryan. Cate and Baze struggle with becoming insta-parents and raising a daughter they are only now getting to know, while Ryan must deal with the fact that Cate's feelings for Baze aren't entirely in the past. Lux, meanwhile, tries to reconcile her past with her present, often torn between her old friends from foster care and her new family. As the unlikely trio begins to grow up together, Lux encourages Baze to reveal what she already knows -- that he is in love with Cate, just like a part of Cate is in love with him. Baze tries to stop Cate's wedding, but when he's too late, Cate marries Ryan. Heading into next season, our unlikely threesome become a foursome as Ryan joins the family.