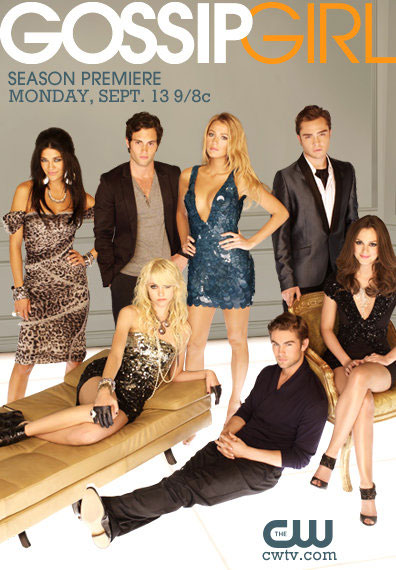 Synopsis: High society and low blows are back as "Gossip Girl," a one-hour drama about the scandalous lives of Manhattan's elite, returns for its much-anticipated Fourth Season. Season Three ended with a bang, as a heartbroken Chuck Bass (Ed Westwick) lay bleeding in the streets of Prague while Blair Waldorf (Leighton Meester) and a newly-single Serena van der Woodsen (Blake Lively) jetted off to Paris for a fabulous summer abroad. Meanwhile, Nate Archibald (Chace Crawford), fresh off his painful breakup with Serena, decided to take a page out of Chuck's playboy playbook just as Dan Humphrey (Penn Badgley) discovered he was going to have to settle down and be a father... to Georgina Sparks' (Michelle Trachtenberg) baby! Season Four will open with a radiant Serena and Blair enjoying their grand and romantic summer in Paris... until Chuck mysteriously arrives in town with a new girlfriend and a new identity! Blair swore off Chuck forever but will this changed man woo Blair into having a change of heart, or will Queen B set her sights on ruling Columbia University? And as for that baby?...

'Pandemic's' Dr. Ryan McGarry on Why the Coronavirus Ended Up Being the 'Big…

Iliza Shlesinger Cooks Her Way Through the Coronavirus Outbreak