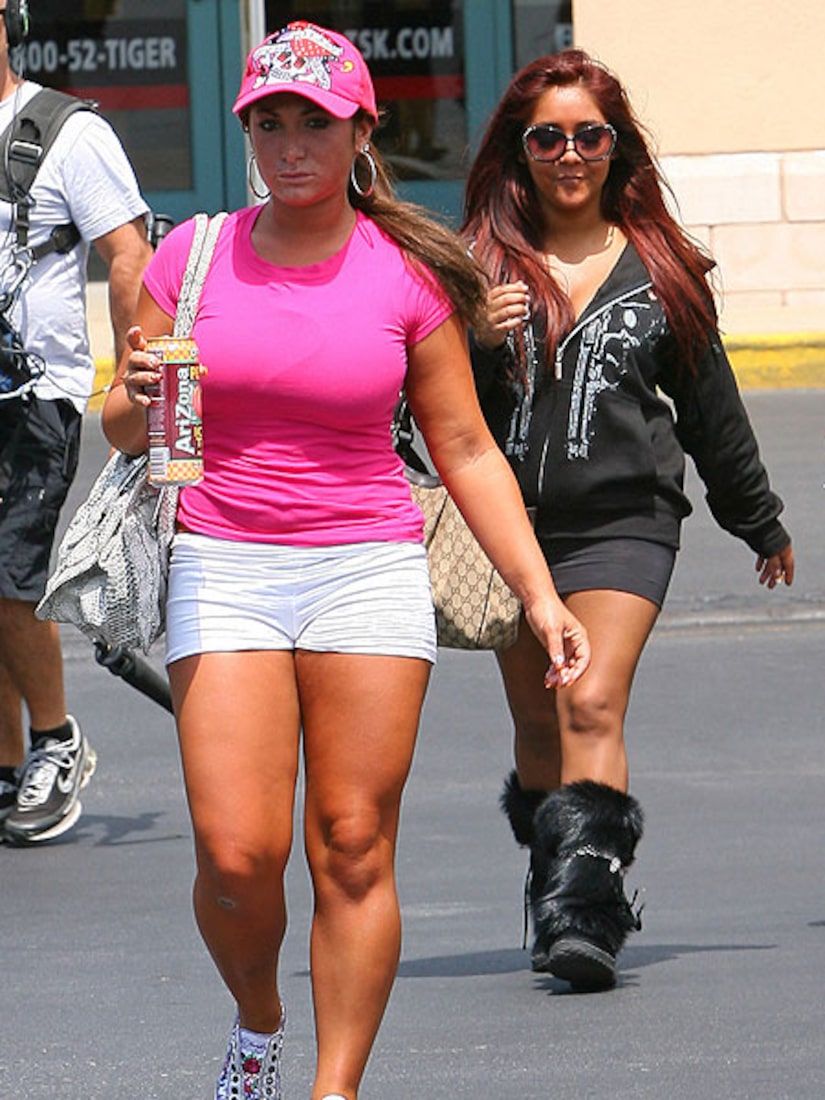 Cortese was officially announced as the newest cast member at the Television Critics Association Friday, Huffington Post reports, with the whole cast in attendance, save Angelina Pivarnick, who was a no-show.

"Angelina didn't fit in," Nicole "Snooki" Polizzi later said, but Cortese does. She and Snooki have been friends for awhile. In fact, Cortese was with Polizzi when she was recently arrested for disorderly conduct. "We're having fun with her," Paul "Pauly D" Del Vecchio added.

Find out 25 fun facts about the "Jersey Shore" cast!

Cortese is looking forward to the experience and hasn't ruled out any potential flings with fellow "Shore"ers, like Pauly D or Mike "The Situaion" Sorrentino. "Whatever happens, happens," she said. "I think they're all good looking."

She will be introduced on the show once the crew heads back to New Jersey.