Jennifer Aniston glams it up like we've never seen her before. Channeling her inner Barbra Streisand for the September issue of Harper's Bazaar, Aniston talks about being the "funny girl" and life in the spotlight. 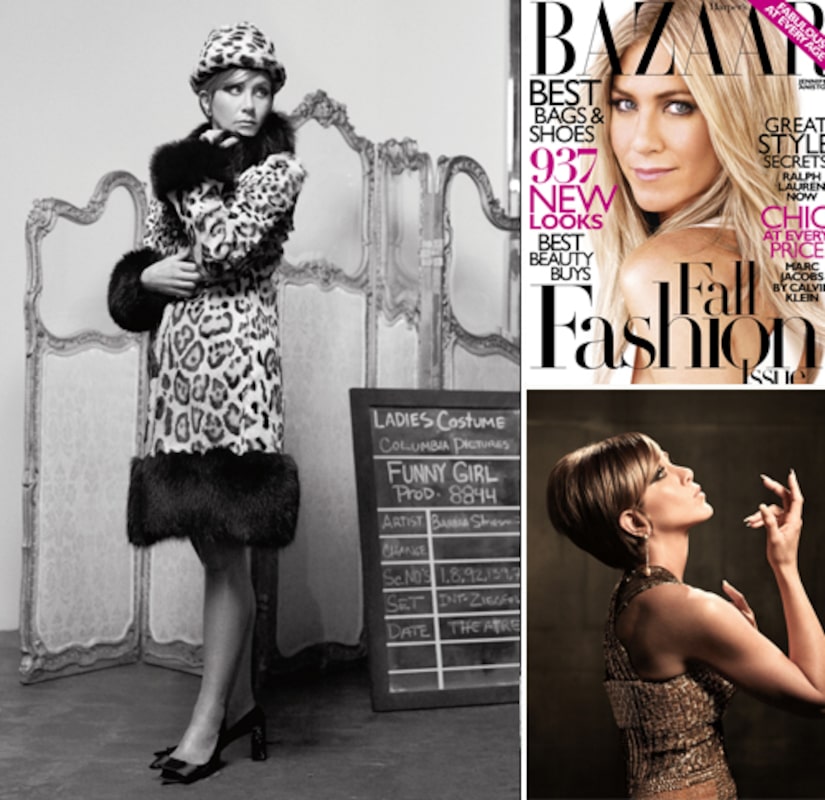 Streisand responded to Aniston's photo shoot on her website BarbraStreisand.com, writing: "I was very flattered that Jennifer Aniston chose to interpret my style with the photos in Harper's Bazaar. She's a delightful person, and I think she did a wonderful job. If only she had a bump on her nose."

Aniston told Harper's Bazaar, "[Barbra] inspires me because there isn't anything she hasn't done that she wanted to do, especially as a female in the time when her generation was prime. She's a true renaissance woman. ... I had a long conversation with Barbra about directing because I directed a short a couple years ago, and if I don't do it again soon, I'm going to burst out of my skin. And we also love interior design."

Aniston also relates to the comedy. "People laugh at me. Sometimes I know why, and sometimes I don't. But I can pretty much find humor in anything," she told the magazine. "That is a necessary part of life. I don't want to say laughter is healing, because it sounds corny, but it's a release."