This Lady isn't singing the blues! Lady Gaga grabbed 13 MTV Video Music Award nominations Tuesday, the most a performer has received in a single year in the award show's 25-year history. 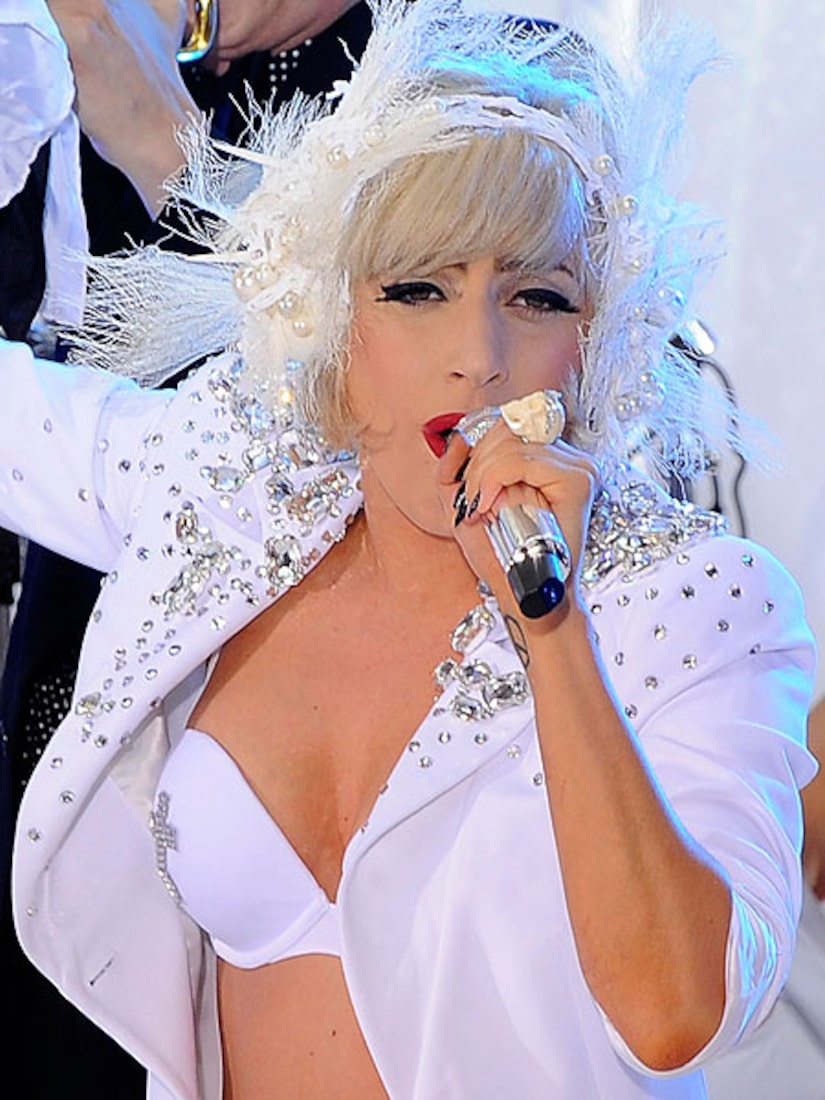 The singer's nods include Video of the Year, Best Female, Best Dance and Best Collaboration with her pal, Beyoncé, for her two outrageous videos, "Telephone" and "Bad Romance."

"I'm so honored for all the little monsters and self-professed freaks of the universe, to have more VMA nominations in a single year than any artist in MTV history," the singer said in a statement.

"Ironically, I'm even more proud it's an unlucky number: 13," she continued. "A long time ago the world told me and my little monsters we would never be heard; together we changed the rules. God put me on Earth for three reasons: To make loud music, gay videos and cause a damn ruckus. Thank you, MTV!"

Other artists receiving VMA nominations are Justin Bieber as Best New Artist for his hit single, "Baby," newcomer Ke$ha for "Tik Tok," rapper B.o.B for "Airplanes," indie favorite Florence + The Machine for "Dog Days Are Over" and Eminem for "Not Afraid."

"Apparently MTV doesn't care that I have two massive stadium shows on the other side of the country the day after the VMAs. F me, right?!," said Eminem. "I mean, I'll be there but don't expect me to be nice about it."

Here are some of the 2010 MTV Video Music Awards nominees:

For a complete list of nominations and to vote for general VMA categories, go to VMA.MTV.com beginning Tuesday, August 3. The 2010 Video Music Awards will air live on MTV September 12.