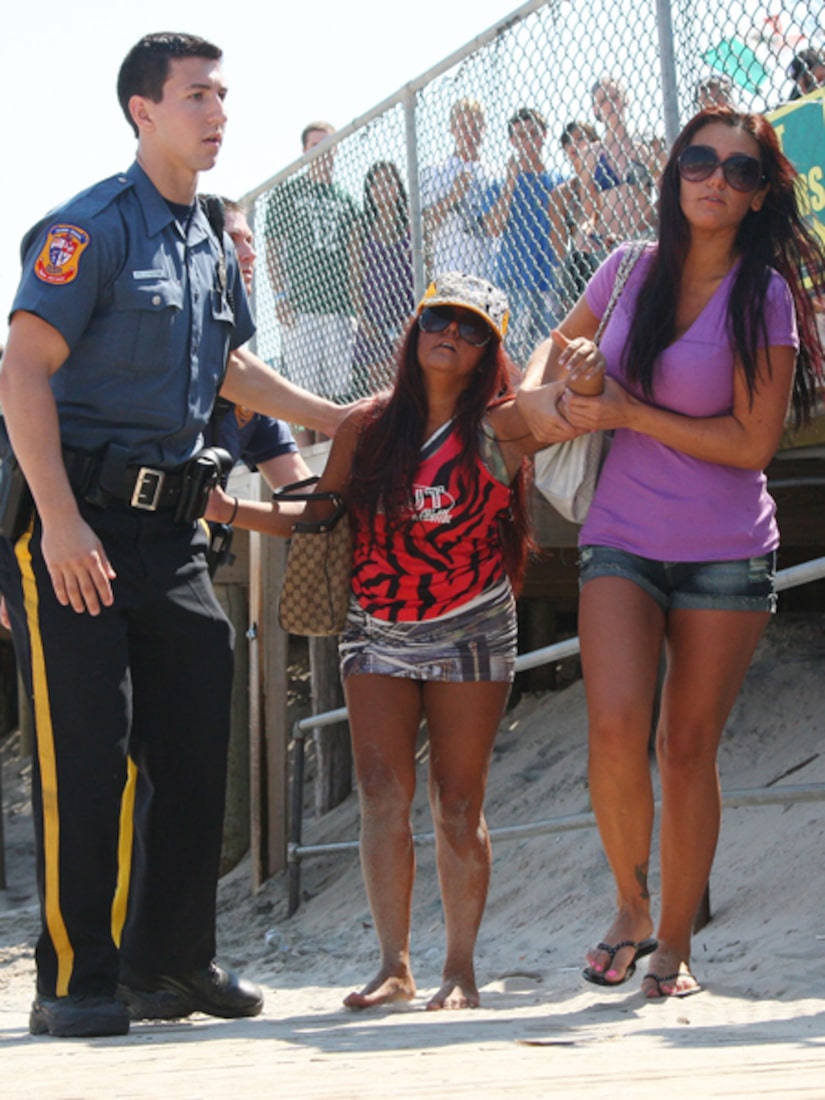 Snooki was allegedly partying on the beach with pal Jenny "J/WOWW" Farley, and was seen with a beer bong and at a local bar taking "body shots."

What's the world coming to when a reality star can't party and behave badly in public?