"Price is Right" host Drew Carey revealed a much slimmer frame on Wednesday night when he stepped out for the CBS, Showtime and The CW Television Critics Association party in Beverly Hills. 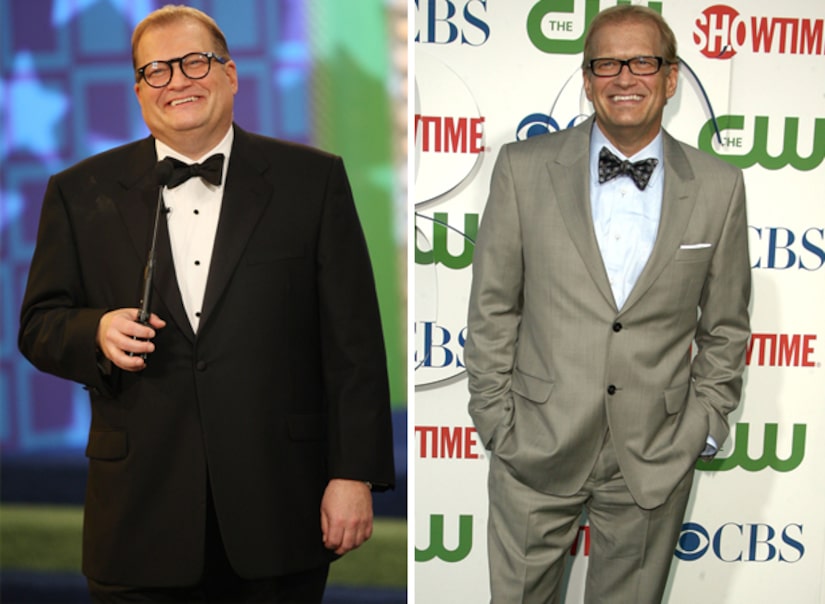 Carey has lost an amazing 80 pounds since January, telling People magazine, "It sucks being fat, you know... I was diabetic with Type-2 diabetes."

Through the process, the funnyman overcame his battle with diabetes by completely changing his eating habits and working out. "No carbs," Carey said. "I have cheated a couple times, but basically no carbs, not even a cracker. No bread at all. No pizza, nothing. No corn, no beans, no starches of any kind. Egg whites in the morning or like, Greek yogurt, cut some fruit."

Carey added that he feels better being thinner. "I like being skinny. I was sick of being fat on the camera. Really, I just got sick of it. Once I started losing weight, again, like once I started dropping a couple pant sizes, then it was easy 'cause once you see the results, then you don't wanna stop."