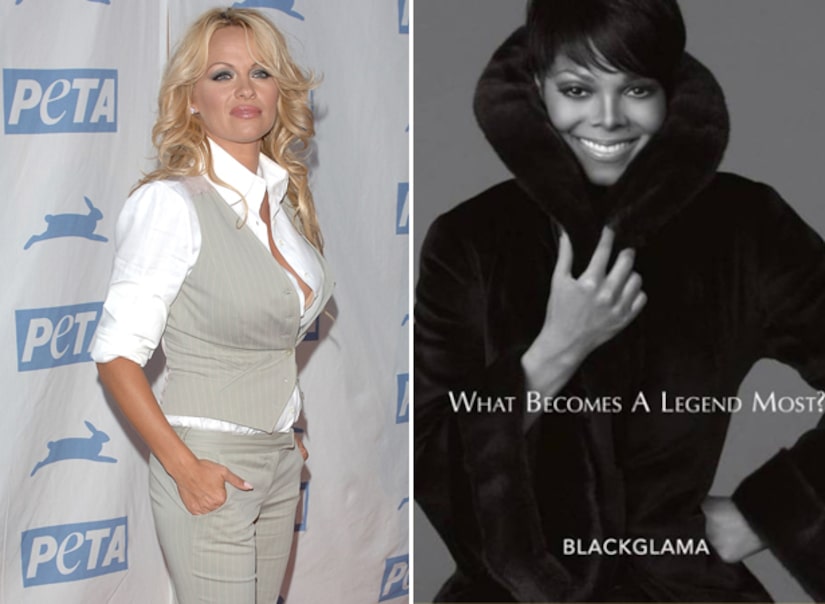 Janet Jackson is the new face for Blackglama's "What Becomes a Legend Most" fur coat campaign, and the ad is provoking anti-fur campaigners like Pam.

Anderson told Out Magazine, "It's disappointing. She had spoken out against fur before. I don't know why some people stop listening to their heart. I guess some people get greedy, but it's sad," Pam said of Janet's decision to wear fur.

Janet isn't the first high-profile celeb to appear in Blackglama's ads; Diana Ross, Elizabeth Taylor, Lena Horne and Lauren Bacall have all draped themselves in fur for Blackglama, but Jackson is the first celeb of her magnitude to pose for them in recent memory.

What do you think of Jackson's decision to pose in fur? Tell us below!