Imprisoned tabloid princess Lindsay Lohan doesn't think it's "fair" that she may have to go directly to rehab after being released from jail -- because she wants to spend time with her family first, says her attorney of the moment, Shawn Chapman Holley. 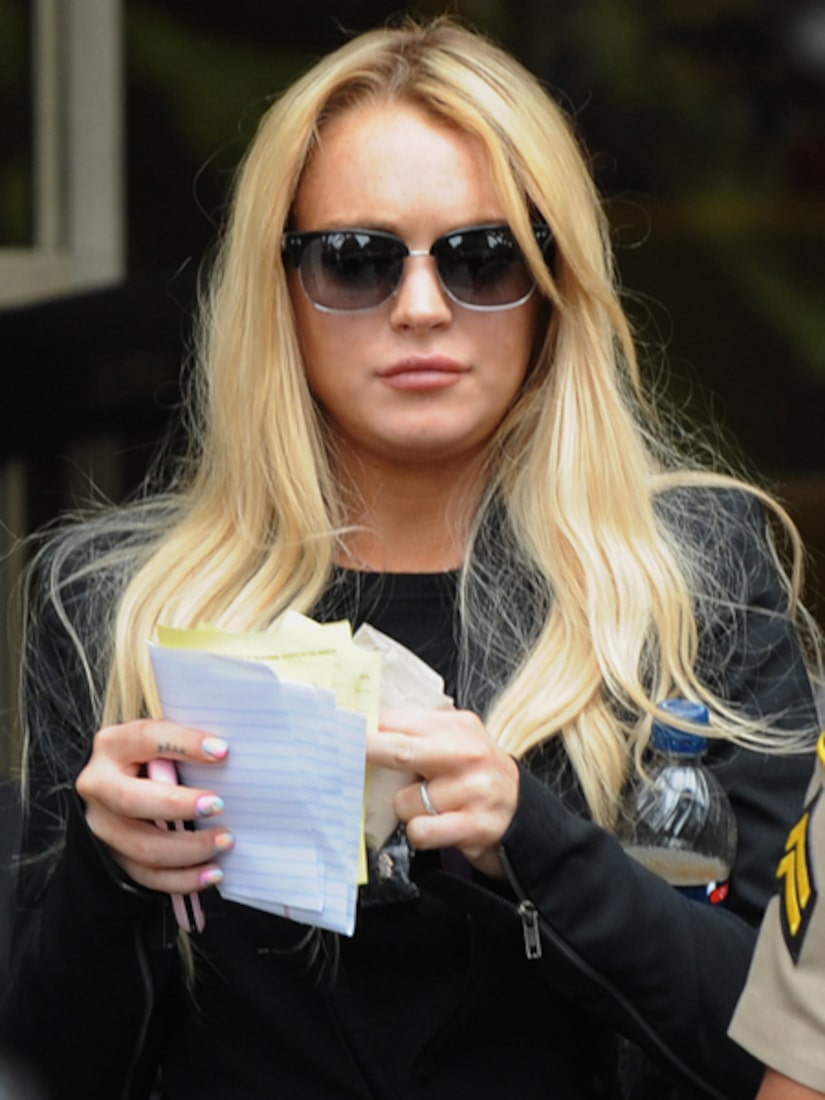 Holley told Hollywood.tv that the "Mean Girls" starlet "is a little upset right now. She'd like to spend some time with her family, and there's at least some question as to whether or not she'll have to go directly to rehab."

Holley added that the actress is doing well behind bars. "She's eating and drinking... she looks great."

Lindsay's mother Dina and little sister Ali also visited Lindsay at the Lynwood Correctional Facility on Tuesday, where Lohan, 24, is serving what will be approximately two-weeks of a 90-day sentence.