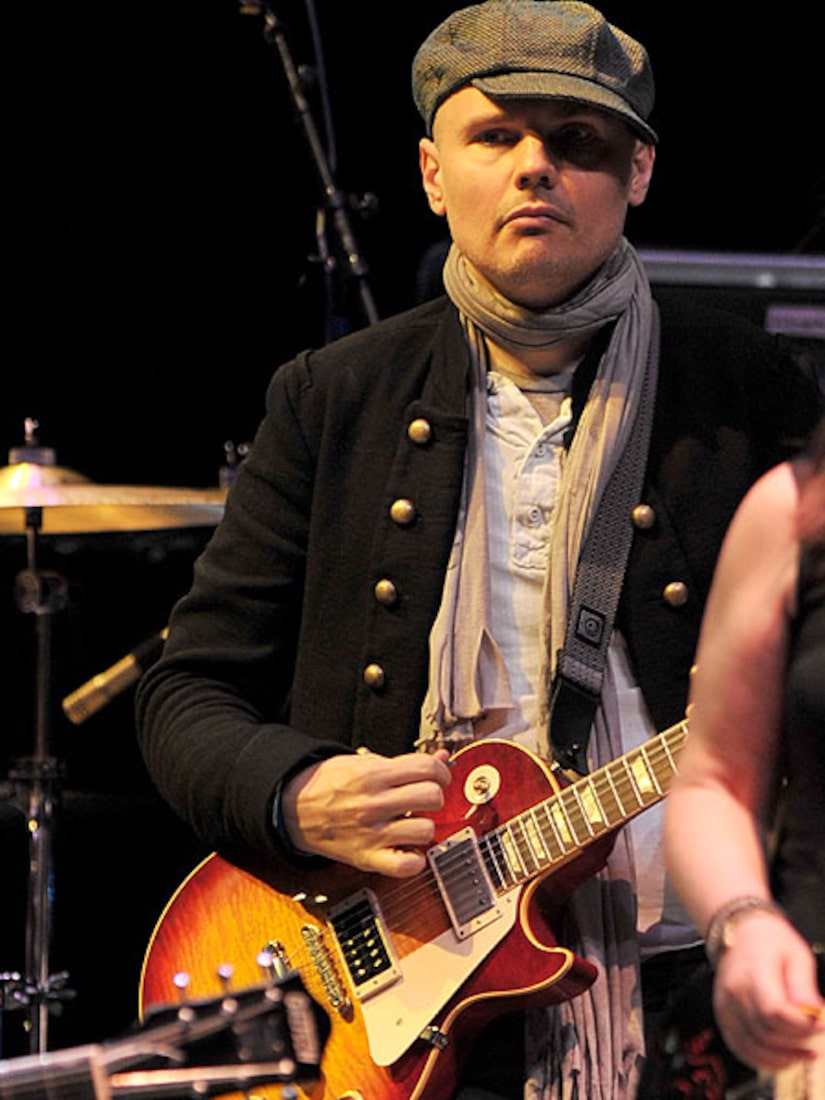 Corgan apparently got right back up after falling and later tweeted about the incident, "For those that saw me fall last night during 'Bullet,' that wasn't a stage move or clumsiness, that was me blacking out and wiping out. I have no memory of falling against the drum riser and my guitar cabinet, but I can tell you I've got quite a good bruise + am moving slow."

Smashing Pumpkins are on a tour that began in July and will wrap Aug. 28 at the Sunset Strip Music Festival in Los Angeles.

The band is also raffling off tickets to a July 27 benefit concert in Chicago for Madina Lake bassist Matthew Leona, who remains in critical condition after trying to break up a fight in the street in June. For information, visit SmashingPumpkins.com.