Ryan Reynolds prepares to save the world with his new superhero role in next summer's "Green Lantern." 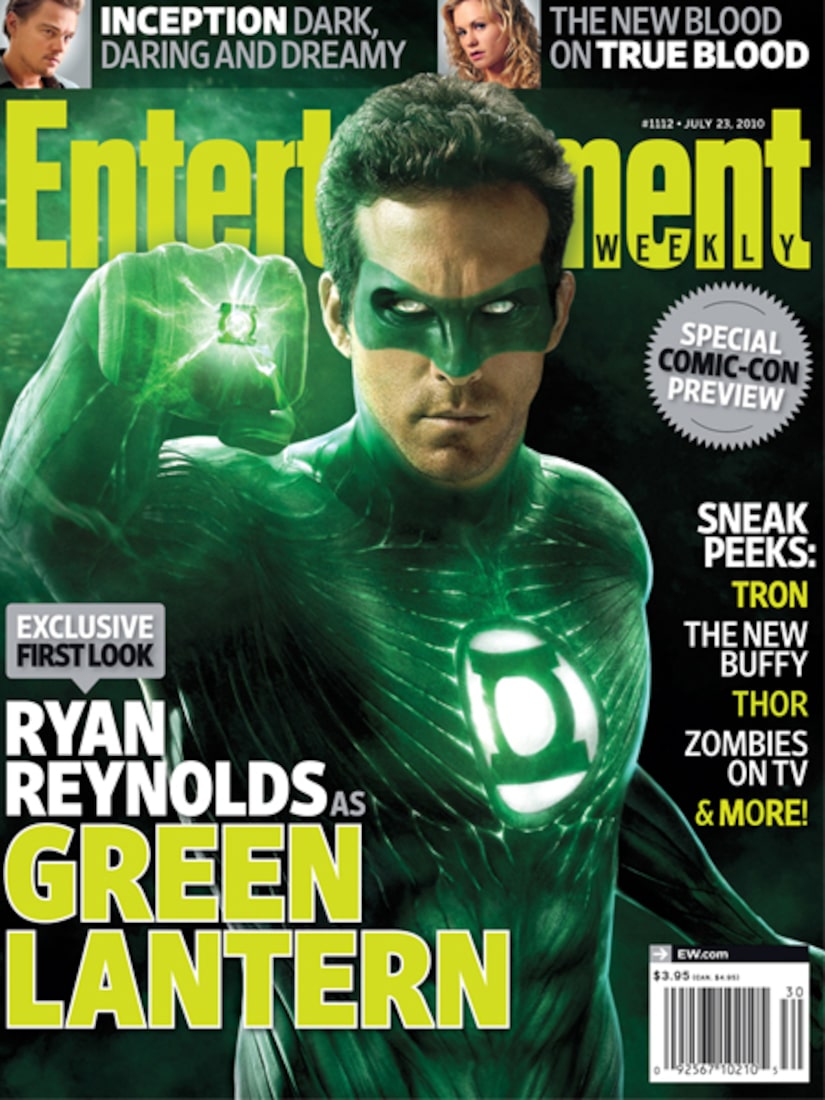 In an interview with Entertainment Weekly, Reynolds opened up about flying at high speeds and what he considered wearing for his stunts.

"The first time you do it, you're deeply considering an adult diaper," he admitted. Reynolds and his signature six-pack abs spent hours training for the intense fight scenes. "It's all part of the job, so I guess I can't complain. You spend one day a week eating what you want and the other six days eating drywall and wood chips."

Check out more superheroes on film!

Reynolds said that he and his wife, Scarlett Johansson -- who played Black Widow in "Iron Man 2" -- have a lot in common. "We have a lot of comic books lying around the house -- more than the average young married couple."