Infamous teen mom Bristol Palin and baby daddy Levi Johnston recently put their very public bickering aside for the sake of their son, Tripp. Now the star-crossed lovebirds are getting married... and told Us Weekly before telling Sarah Palin. 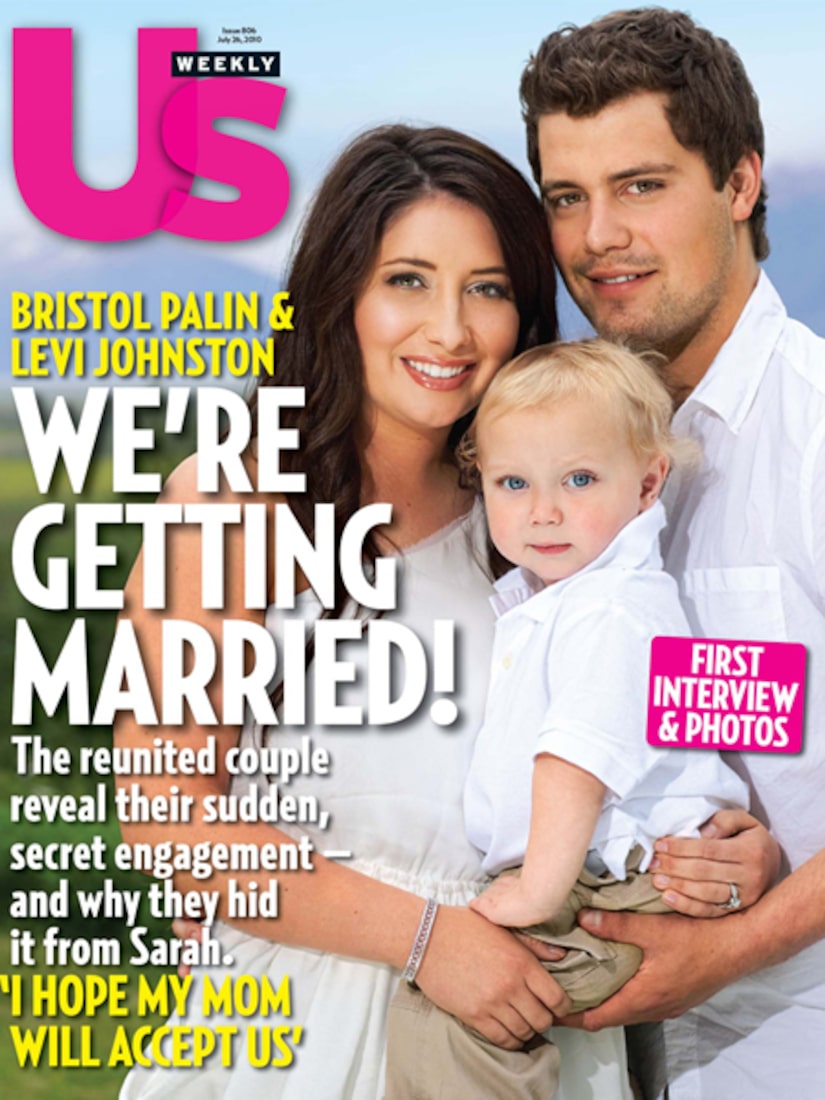 Bristol, now 19, revealed to Us Weekly, "It felt right, even though we don't have the approval of our parents." Bristol's mom, former Alaska Governor and Vice Presidential candidate Sarah Palin, has made no secret of her dislike of Levi and was apparently kept in the dark about the engagement.

"It is intimidating and scary just to think about what her reaction is going to be. Hopefully, she will jump on board," claims Bristol.

After hearing the news, Governor Palin and her husband Todd released the following statement Wednesday to the "Today" show: "Bristol at 19 is now a young adult. We obviously want what's best for our children. Bristol believes in redemption and forgiveness to a degree most of us struggle to put in practice in our daily lives."

The teens were previously engaged two years ago, but called off their marriage plans just two weeks after Tripp was born in December 2008.

The Playgirl model and spokesteen hope to marry in the next six weeks, and since Bristol has been preaching abstinence, she claims they won't be having sex until they're married.