After judge Marsha Revel ruled Lindsay Lohan in violation of her probation on Tuesday, the tearful actress was given a chance to address the court before being sentenced to 90 days in jail for probation violation (of a 2007 drug case) and 90 days at an in-patient rehab. 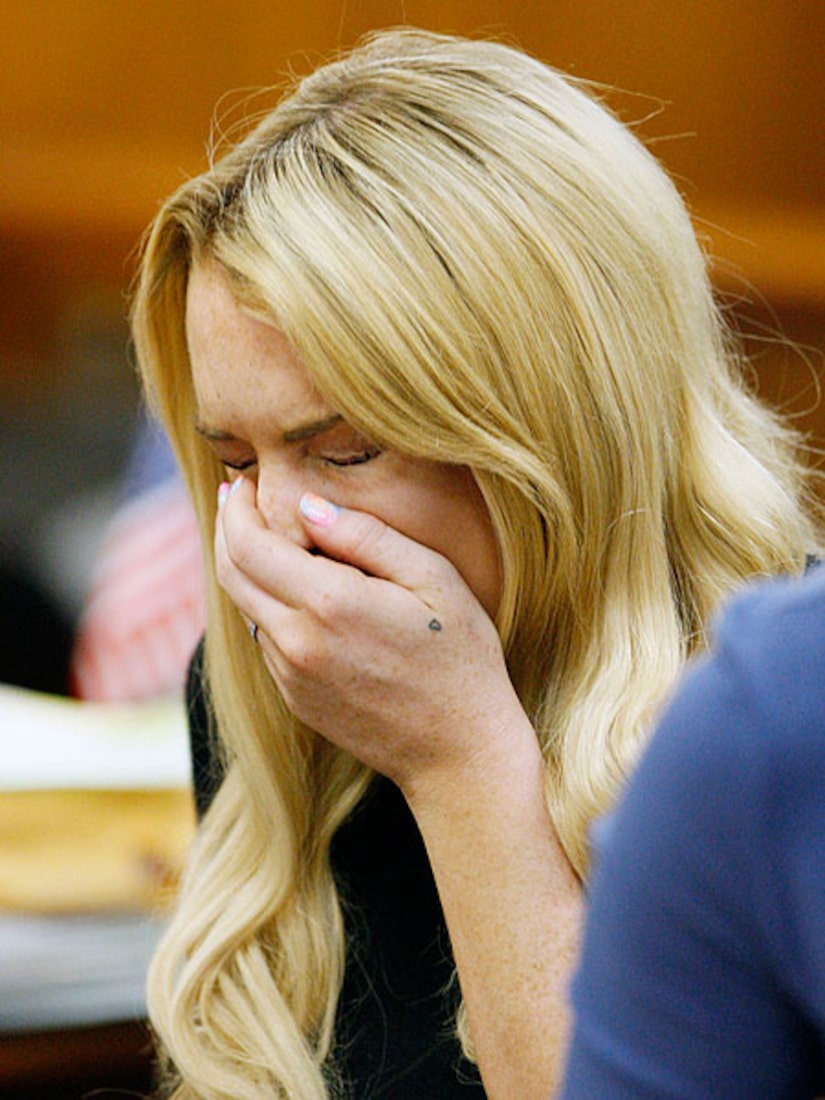 Lohan was under the impression that she was in compliance with her court-ordered classes. "My schedule is very different, they were willing to work with me on that. That was the only kind of special treatment they would give me," she said.

"I did everything I was told to do and the best I could," the young starlet said of attending her classes several times a week to make up for her lack of attendance during other weeks.

"As far as I knew they were okay with this... going several times a week. I'm not taking this as a joke. I've learned from my experience. I take responsibility for my actions," said a weeping Lohan.

See photos of Lindsay Lohan through the years

Lindsay must surrender to the court at 8:30 AM on July 20 and will be able to remove her alcohol monitoring bracelet at that time.