Lisa Kelly, the only female driver on the History Channel's hit show, "Ice Road Truckers," took time out of her treacherous job of driving across the frozen tundra to pose for a few glamorous pix. 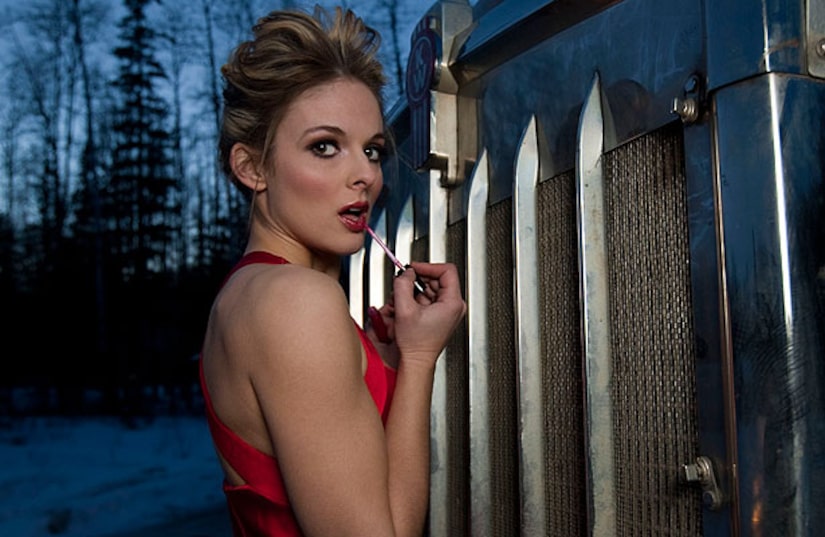 "That was fun, but it was very cold out," Kelly, 28, told NY Post.com of her photo shoot. No kidding!

"I don't know. I don't know what other people are gonna think," Kelly admitted, when asked about her sex appeal as the lone female on the show. "It's interesting to put a woman's twist on ['Ice Road Truckers'] and if that's how I'm perceived, well, it's not up to me."

"The trucks [in India] are different," she explained. "They're not as big and not very powerful at all, which added to the danger factor. We had an Indian spotter with us for safety's sake and he ended up being more of a pain than a help -- he was confusing me on the rules and making stuff up as we went along."

She added, "I have nothing in the chamber right now, just whatever comes my way. The show has opened up a lot of doors. I never figured I'd be in India when this first started."

Now you know what the truck is going on.