Tori Spelling's hubby, Dean McDermott, landed in the hospital Tuesday with a punctured and collapsed lung after a motorcycle accident, People.com reports. 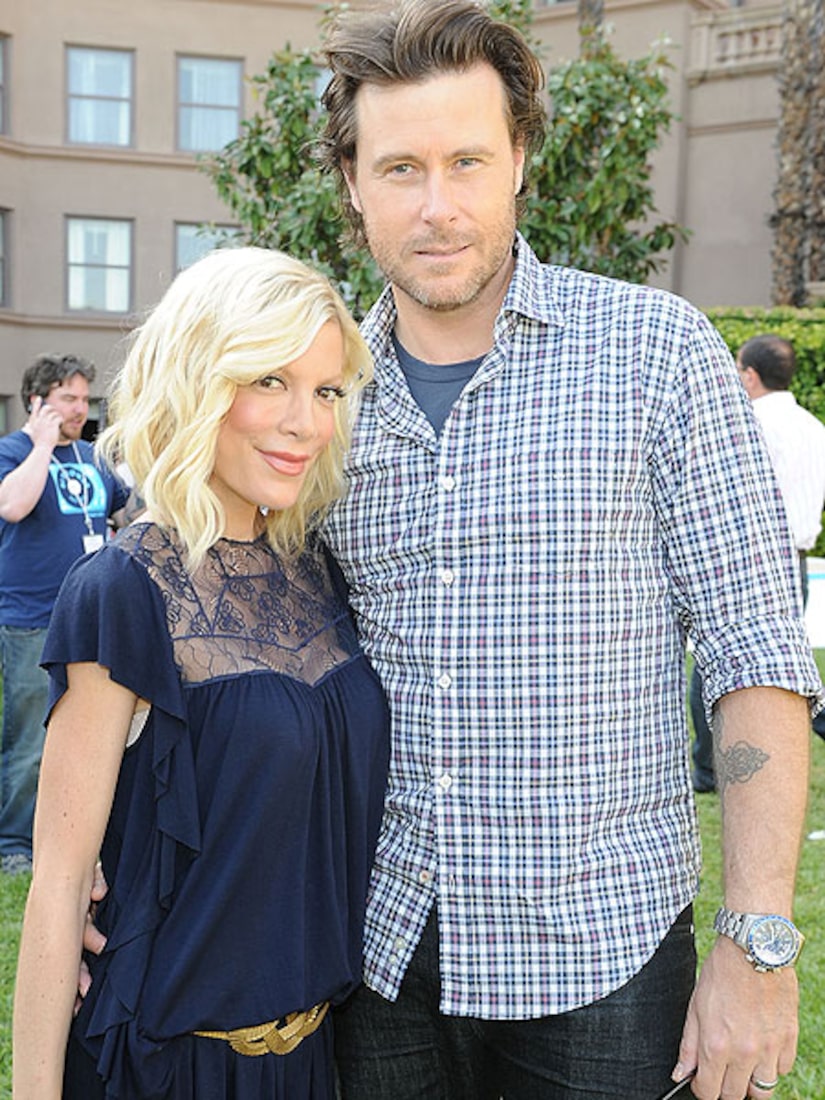 McDermott, 43, was dirt bike riding with two friends when the crash happened. "His friend called me and said he was in the ER," explained the actress. "He didn't want to scare me so he just said he had a crash and that they were X-raying him."

The former "90120" star has been by her husband's side in the intensive care unit since the accident. "He's in a lot of pain," Spelling told People, but adds he is expected to make a full recovery.

See photos of Tori and Dean through the years!

"At first I was mad," she continued. "I was pissed that he was out biking and crashed. But when I showed up and saw him lying there, and they told me they were admitting him to ICU with a collapsed lung, my heart dropped. My biggest fear had come true."

This isn't the first time McDermott has crashed his bike; he fractured a shoulder in an accident earlier this year. On the couple's reality show "Tori & Dean: Home Sweet Hollywood," the two have had arguments about his obsession with motorcycles. But now he has promised to give it up.

"He's taking this as a sign and realizing family is too important to risk his life," Spelling said.