"Extra" caught up with rapper Drake on Tuesday, on route to Toronto, and talked to him about his upcoming projects, including going into the studio with Chris Brown. 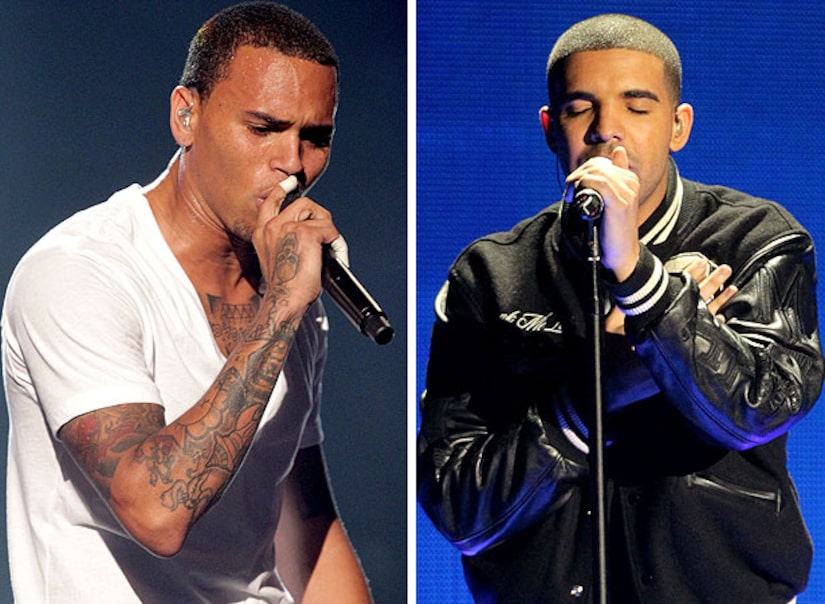 "Yeah, I've been working all night," Drake said. "I've just been in the studio. I was actually in the studio with Chris Brown for a little bit. Then I was studio hopping, seeing where I can lend my hand since I've done mine."

Drake was rumored to be dating Brown's ex, Rihanna, last year, but he denied the romance, claiming they were just friends.

Now, the rapper is winning BET Awards and thanking his mom onstage. "I didn't actually speak to [his mom] when I came off stage, but I spoke to her later on. She was like, 'Aww, that was so sweet!' My mom actually is getting a very important surgery in 24 hours, so I'm excited to be by her side for that. It's a necessary thing that has to be done and everybody is just praying for her."

As for his concert tour, Drake said he's going on tour in Canada starting July 15. "It's very exhausting but a unique experience. I know Justin Bieber just started his tour a couple dates ago, and I had a conversation with him about keeping your mind and body right?"