Angelina Jolie has given a candid interview to Vanity Fair, in which she confessed there could be a wedding in her and Brad Pitt's future. 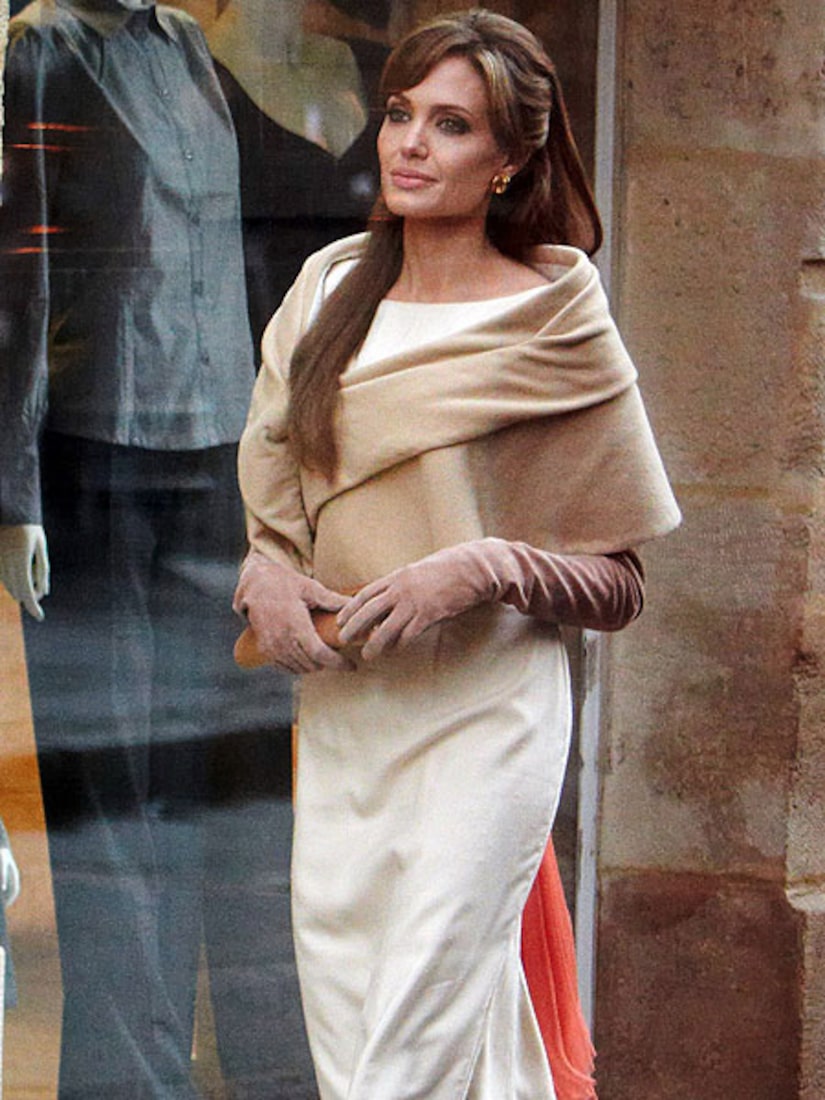 VF's Rich Cohen was granted access to Jolie's private world while she was on location in Venice filming "The Tourist" with Johnny Depp. Jolie told Cohen said that if [marriage] becomes important to their kids, then that would be the thing to actually spur them to sign a piece of paper.

"Extra" talked to Cohen on getting an inside look at one of the world's most glamorous couples. "You get the sense that her kids almost have the life of Army brats in a way, because she and Brad Pitt move from city to city depending on what the film is."

She also explained why their adorable daughter Shiloh likes to dress like a boy, saying Shiloh is just a tomboy and considers herself one of the brothers.

And what about another baby Brangelina? Cohen said that she told him when her youngest gets to the age where there's no more baby talk and stumbling around by kids in the house, then she might want to have another kid.

It's an extraordinary look inside Angelina's jet-set life, when Vanity Fair hits newsstands this week.