His team crashed out of the World Cup this weekend, and now Landon Donovan faces a personal crisis: a forthcoming report from a U.K. newspaper in which a British woman claims she is pregnant with Donovan's child. -- Full Story at People. 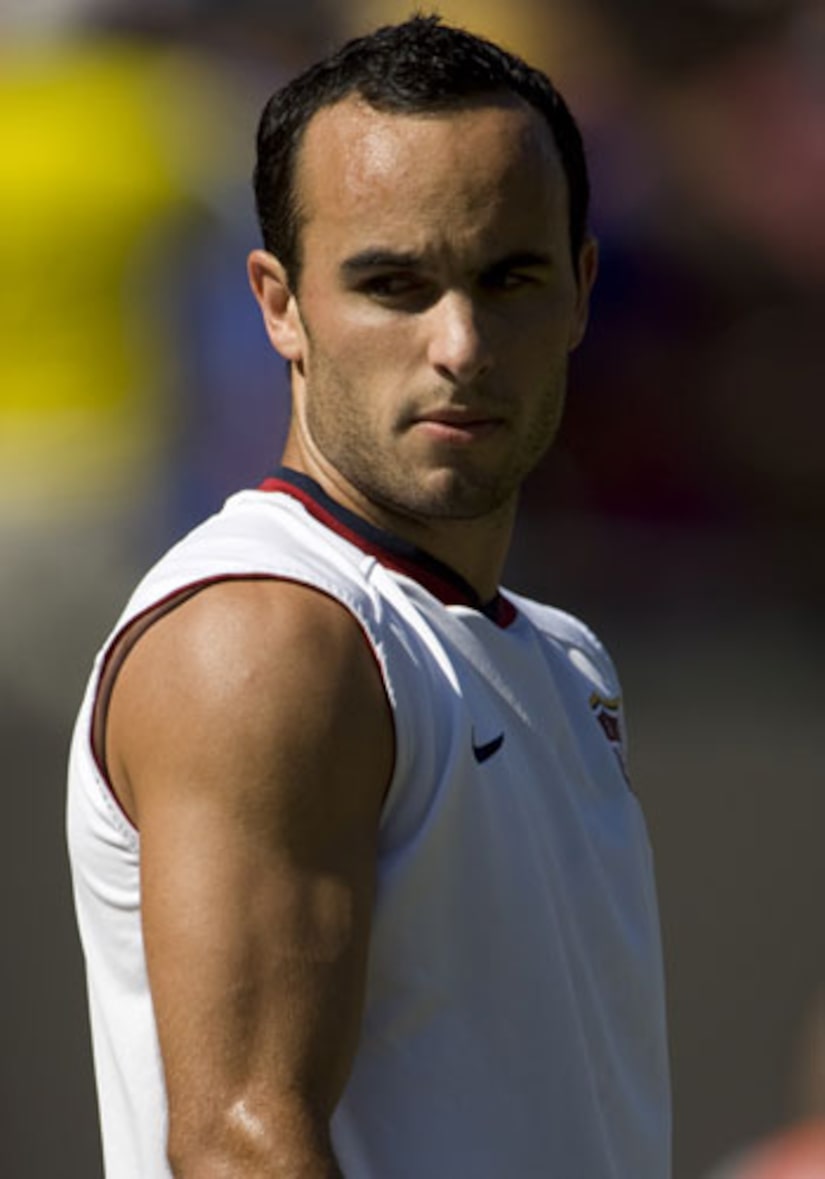 Get more "Extra" scoop on the latest headlines for June 28!